“We stand with survivors. We believe Dr. [Christine Blasey] Ford. Brett Kavanaugh is not fit to serve on the Supreme Court,” Rebecca Hart Holder, executive director of NARAL Pro-Choice Massachusetts, said at the “Tell Jeff Flake to Reject Kavanaugh” rally on the steps of Boston City Hall this morning. Hundreds attended. Then she addressed her remarks to Flake: “If you come to Boston, you have to look us in the eye because we believe survivors.”

Flake, a Republican U.S. Senator from Arizona, is seen as a crucial vote on the nomination of the nomination of Brett Kavanaugh to the U.S. Supreme Court. Flake was scheduled to be in Boston today to speak with John Kasich, the Republican governor of Ohio, about the “Future of the Republican Party” at the “Forbes 30 Under 30” conference from Sept. 30 to Oct. 3, which organizers bill at a “can’t-miss event for game-changers and entrepreneurs. … The net result: four can’t-miss days that will change the world.”

Flake voted along with his fellow Republicans when the Senate Judiciary Committee took a party-line vote on Friday to favorably recommend Kavanaugh’s confirmation. But Flake forced an FBI inquiry into the sexual assault and misconduct allegations against Kavanaugh by saying he would not vote for the nominee on the Senate floor without an investigation. Kavanaugh has vehemently denied the allegations. Flake’s move came after two protestors, Ana Maria Archila and Maria Gallagher, confronted the senator, blocking the door of his elevator before the committee meeting.

Rally organizers wrote on facebook: “On Monday, October 1, at 10 AM, rally with advocates and elected officials on Boston City Hall Plaza outside an event featuring U.S. Senator Jeff Flake, a key member of the Senate Judiciary Committee, who voted to move Kavanaugh’s nomination forward. We’ll be calling on Senator Flake and all Senators to reject Kavanaugh’s nomination, and make clear that a vote to confirm Kavanaugh is a vote to betray women and sexual assault survivors.” 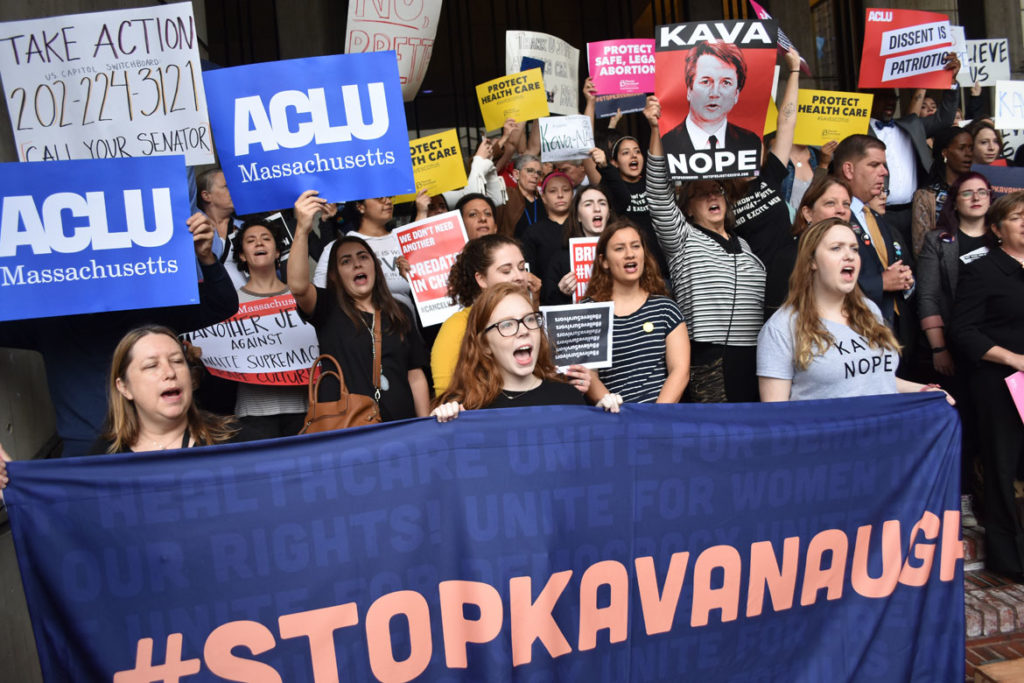 Flake’s panel at the “Forbes 30 Under 30” conference was summarized as “In the age of Trump, a few national GOP leaders have stepped forward to offer a competing vision. In consecutive interviews, we’ll hear their views of what the Republican Party needs to go.”

Protests were announced on Friday and planned for Emerson Colonial Theatre on Boylston Street, where Flake’s talk was originally scheduled to be held. Among the organizers of the event are Emerson College sophomores Mari Sitner and Annie Noel, and senior Erin Swauger. “Shortly after Swauger and Noel created the original Facebook event page, representatives from NARAL Pro-Choice Massachusetts, Boston Socialist Alternative, and Planned Parenthood Advocacy Fund of Massachusetts reached out to help organize,” The Berkeley Beacon student publication reports.

By Friday evening, it was announced that the talk would be moved to City Hall Plaza, where other conference events were already planned, after Emerson College pressured organizers to move the talk to a new location. Emerson President Lee Pelton released a statement on Friday: “The College just found out about Senator Jeff Flake’s appearance in Boston on Monday. ATG, the Colonial tenant, rented the space to Forbes, who is hosting the Forbes 30 under 30 Summit. Forbes invited Senator Jeff Flake and Governor John Kasich to a panel discussion. We are seeking to exercise our right as the owners of the Colonial to have the panel canceled for safety reasons.” 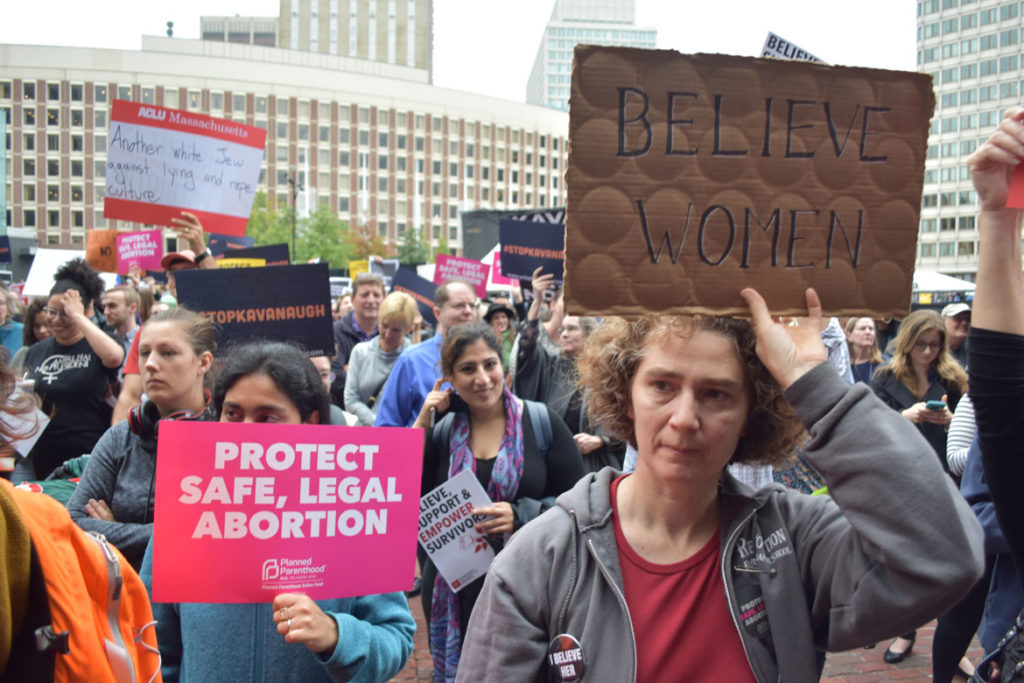 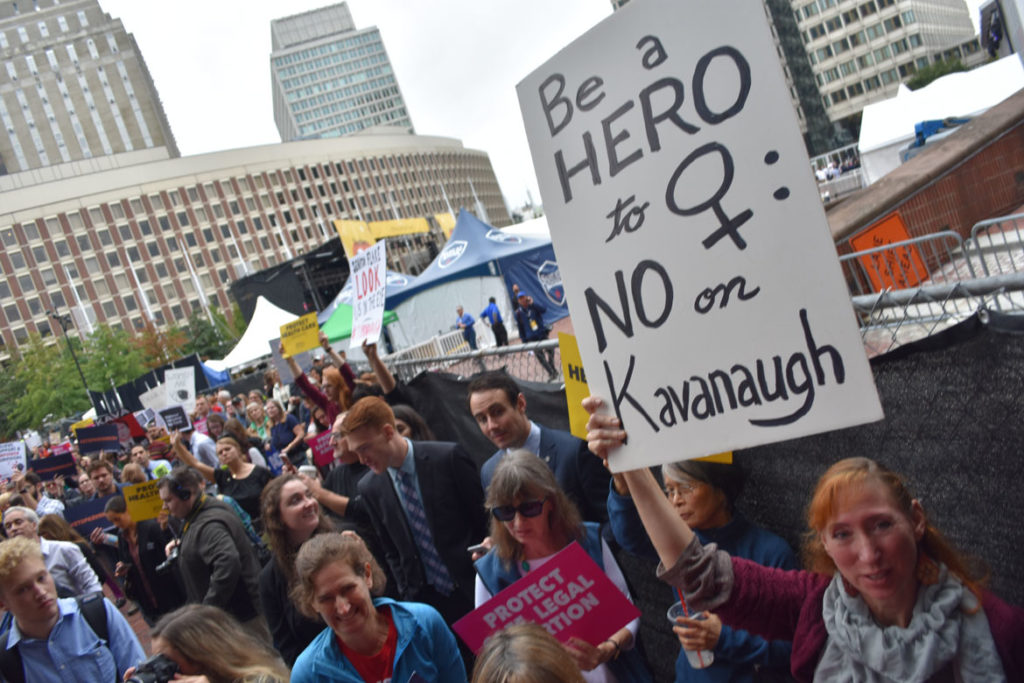 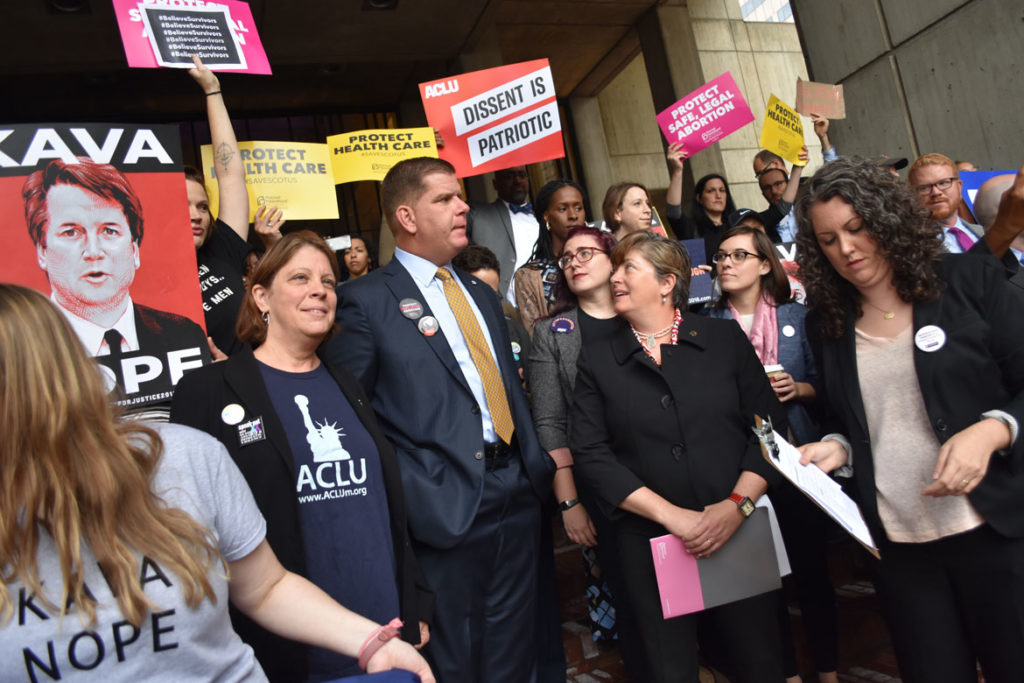 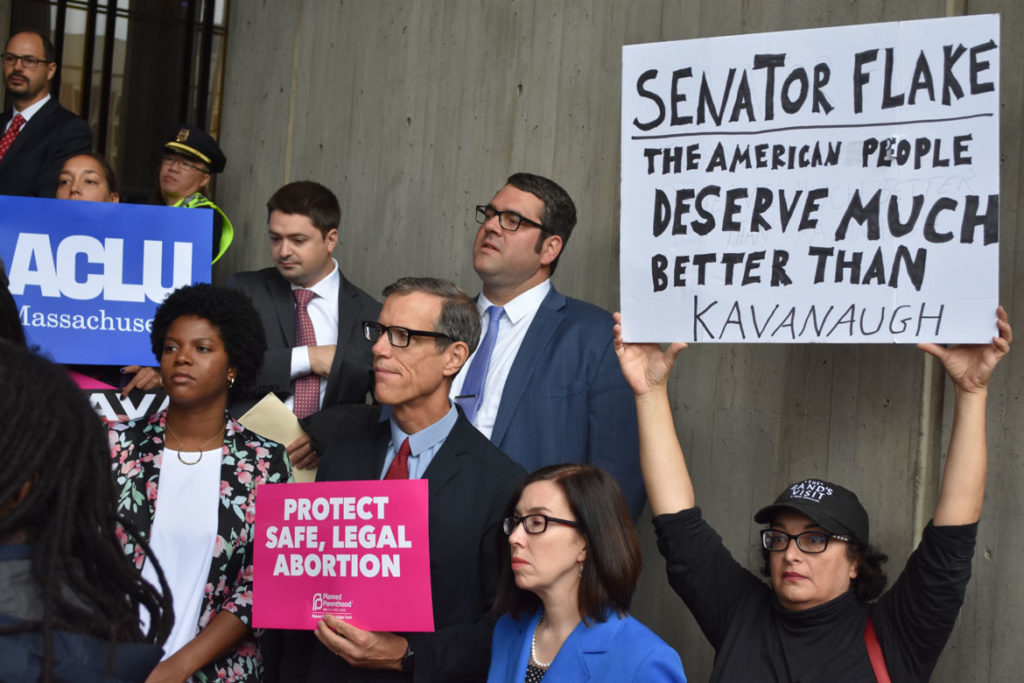 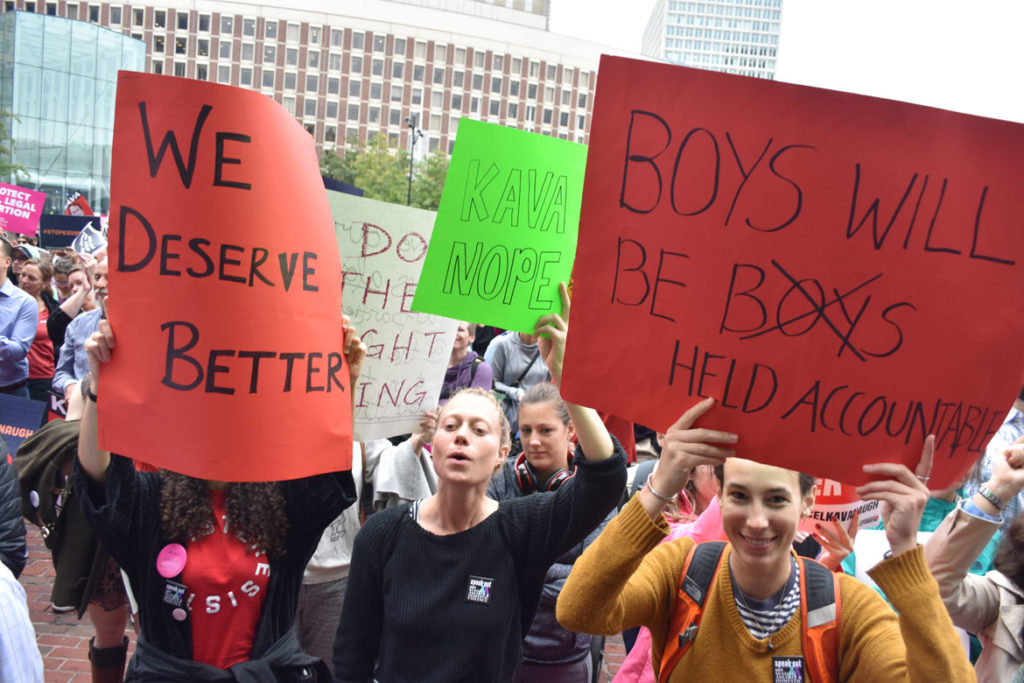 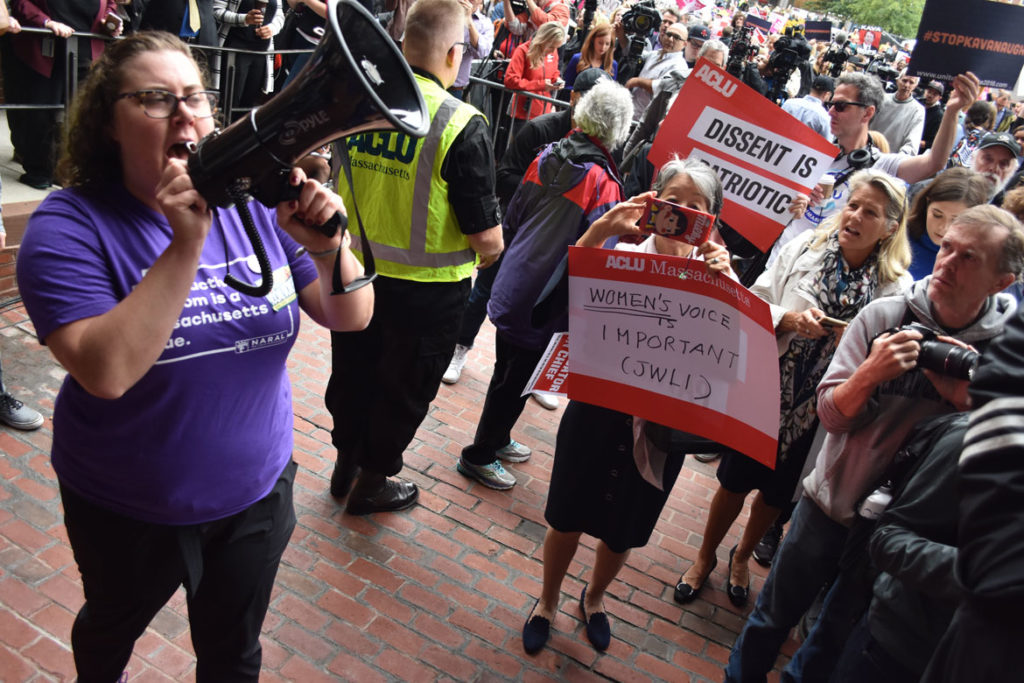 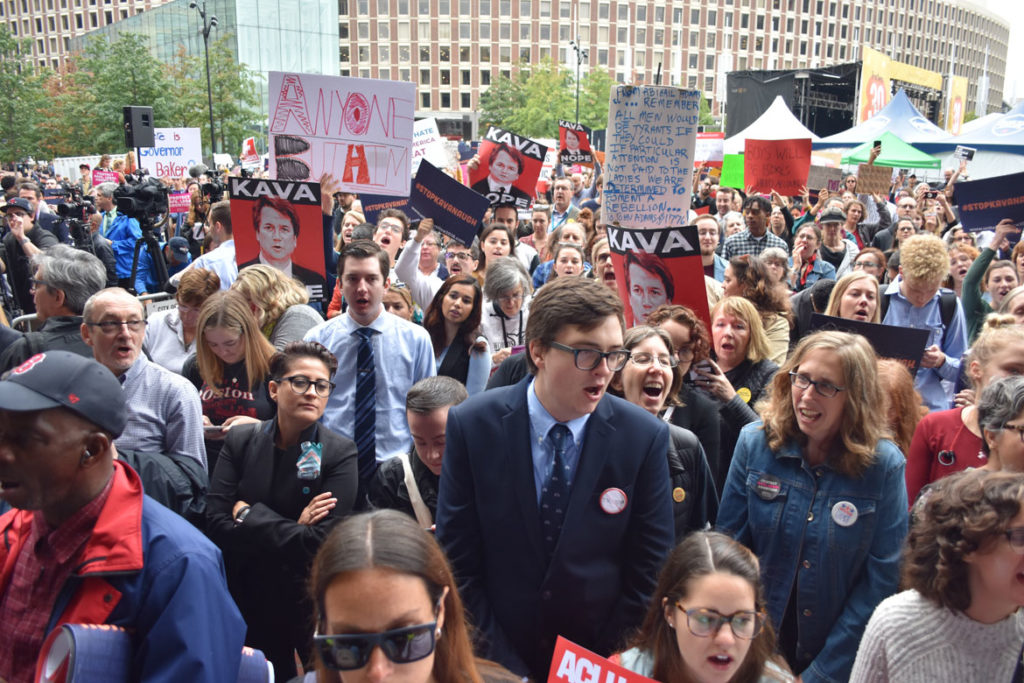 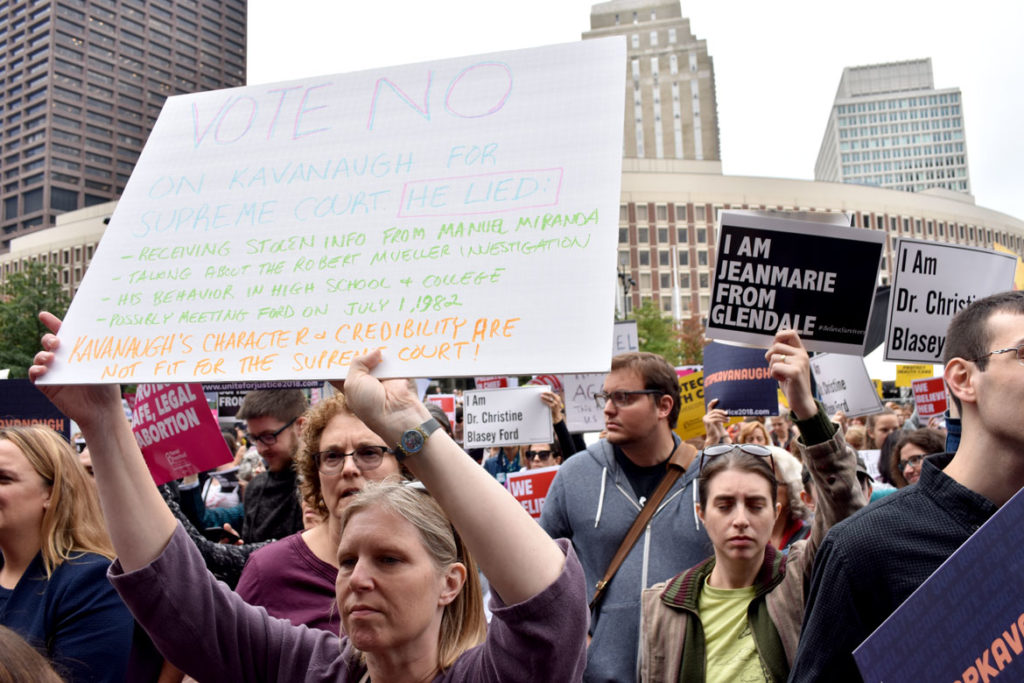 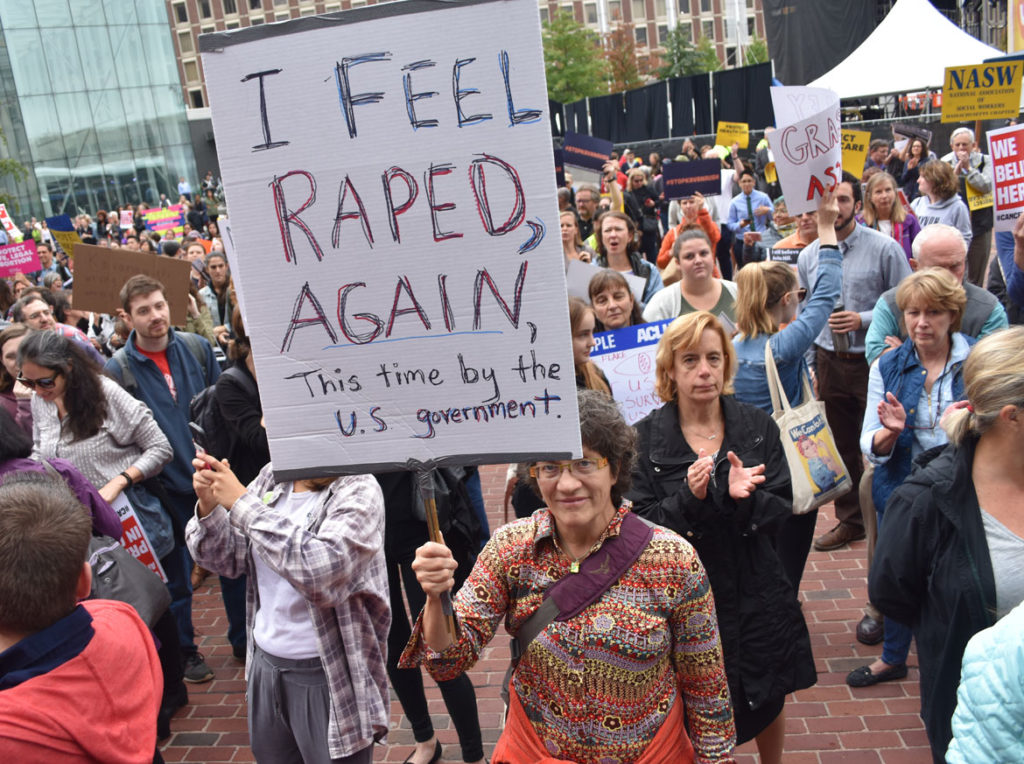 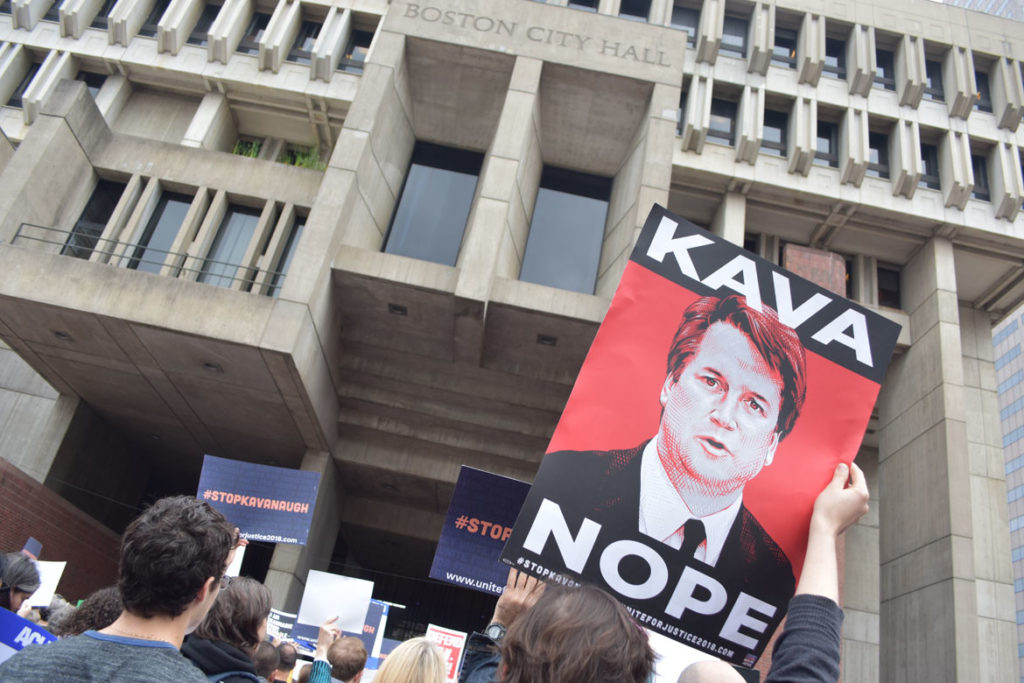 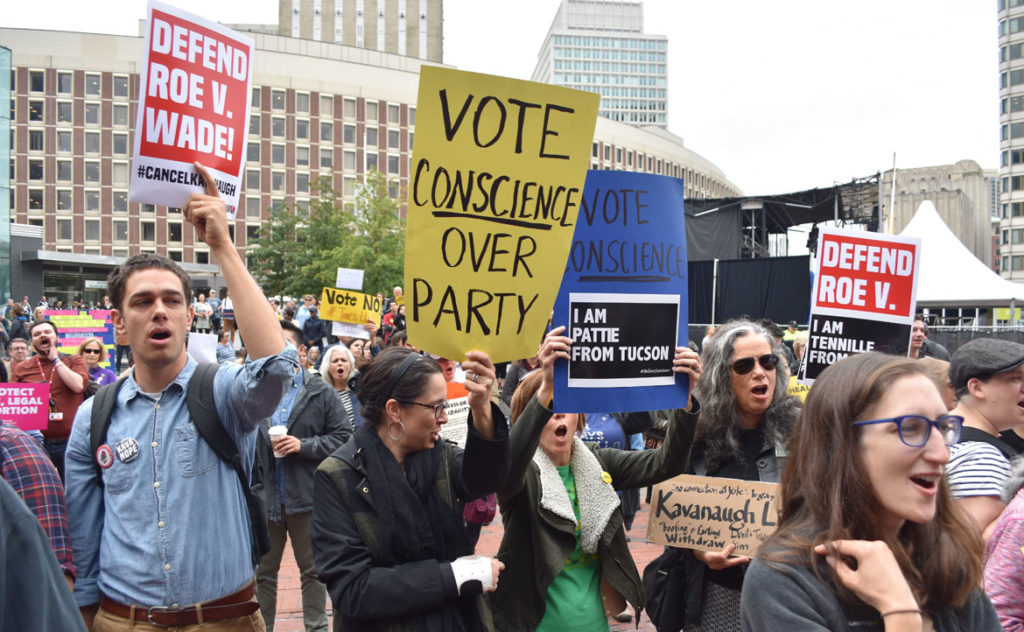 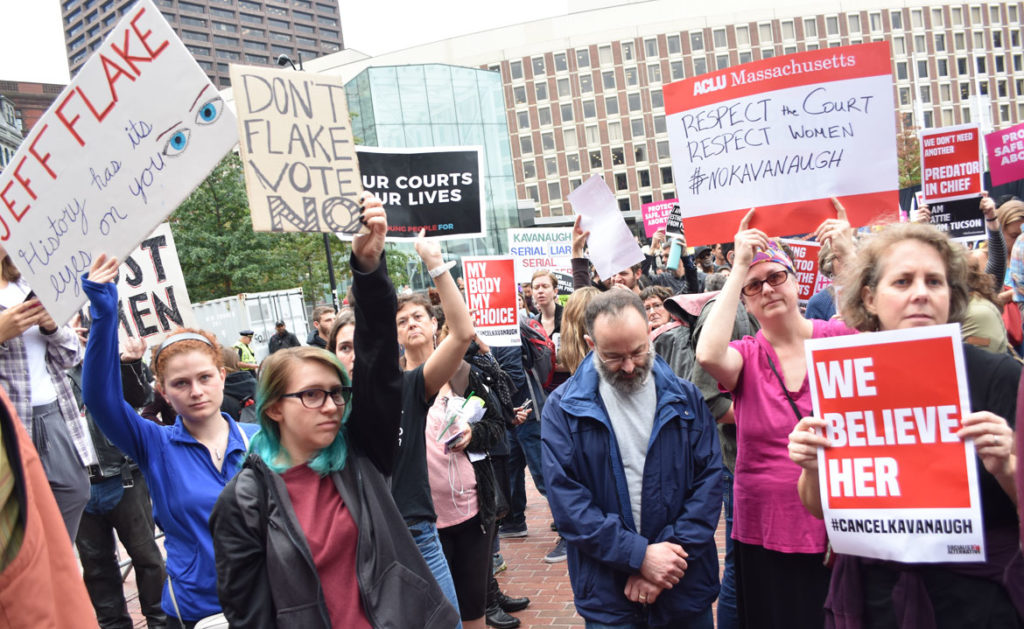 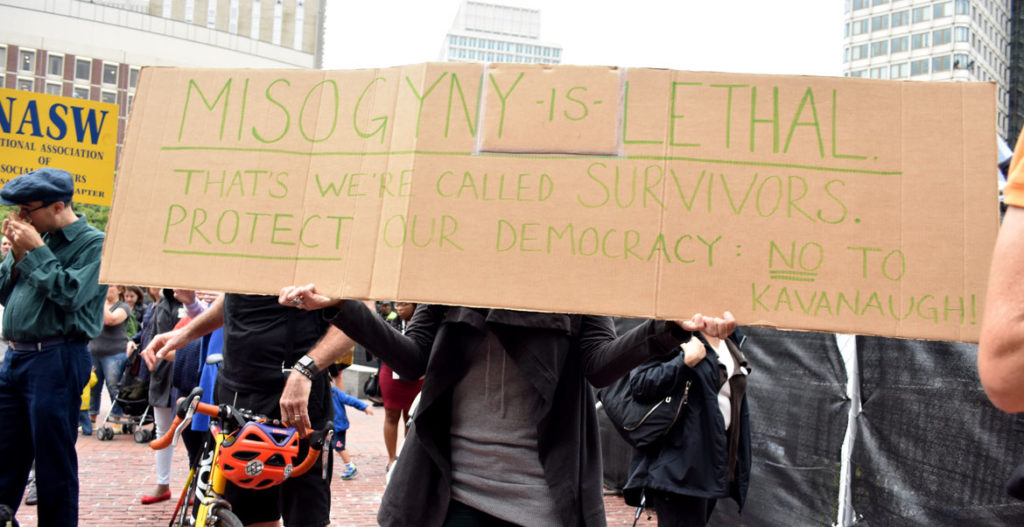 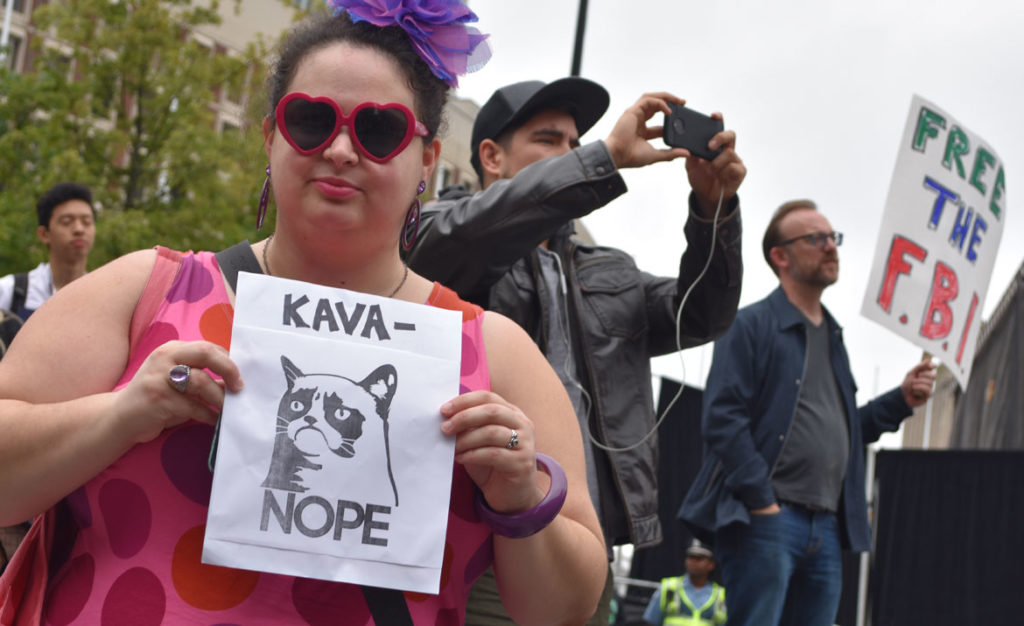 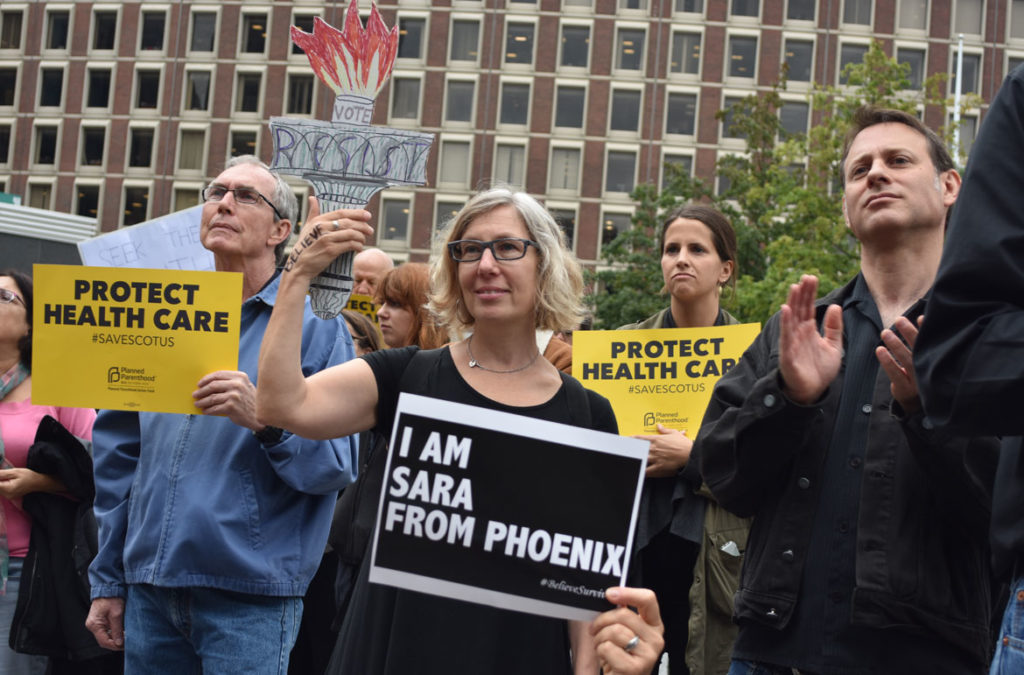 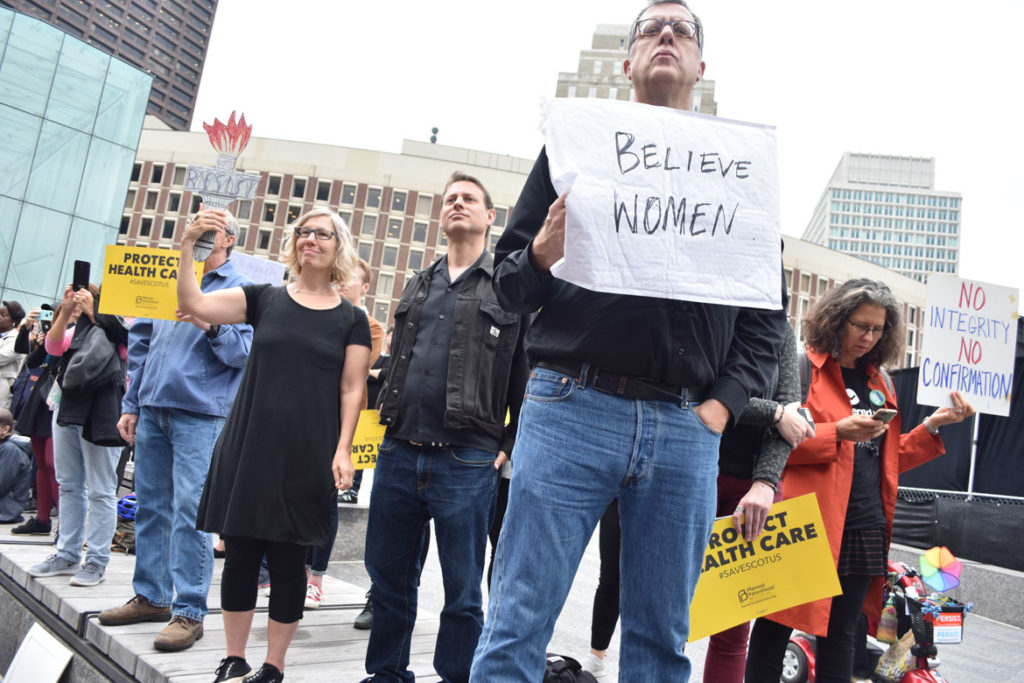