“Today is about mourning,” said Valéry Freland, consul general of France in Boston, as he spoke to thousands gathered for a Rally in Support of Paris at noon yesterday, Nov. 15, 2015, at the Parkman Bandstand on Boston Common. “I thank the New England people and their representatives for being with us.”

Massachusetts Gov. Charlie Baker, Mass. Sen. Elizabeth Warren, and Boston Mayor Marty Walsh joined him and the crowd to honor the victims of the terrorist bombings and shootings in Paris on Nov. 13.

Freland followed his brief remarks by asking for a moment of silence. The politicians then moved to the Marquis de Lafayette Plaque on the Tremont Street side of the Common. The crowd sang the French national anthem, “La Marseillaise,” and then followed. 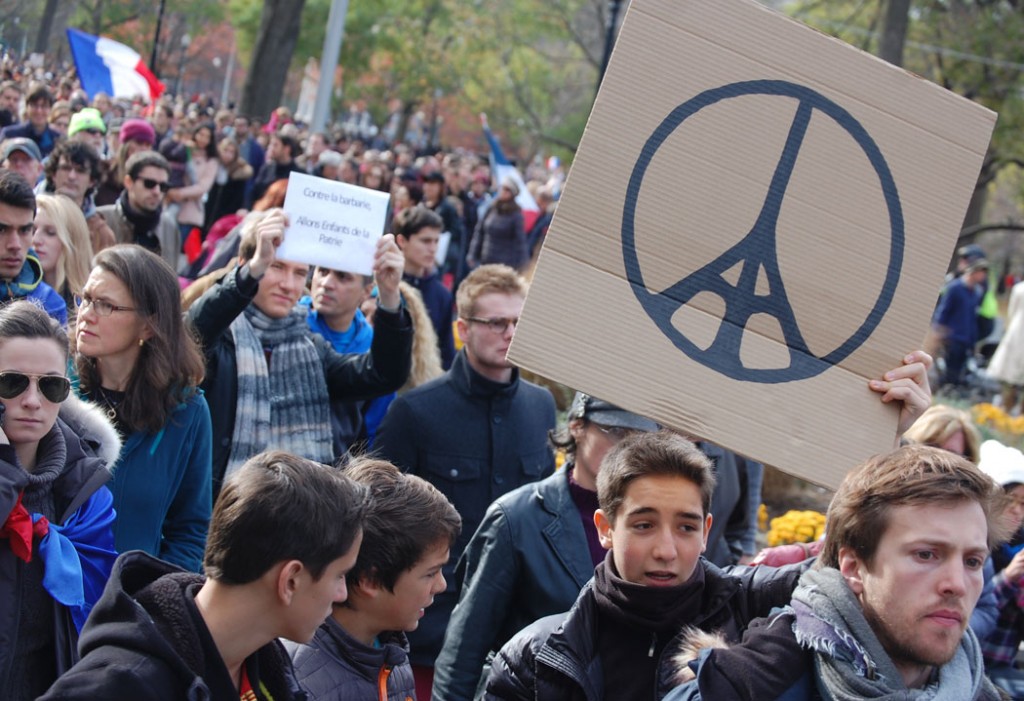 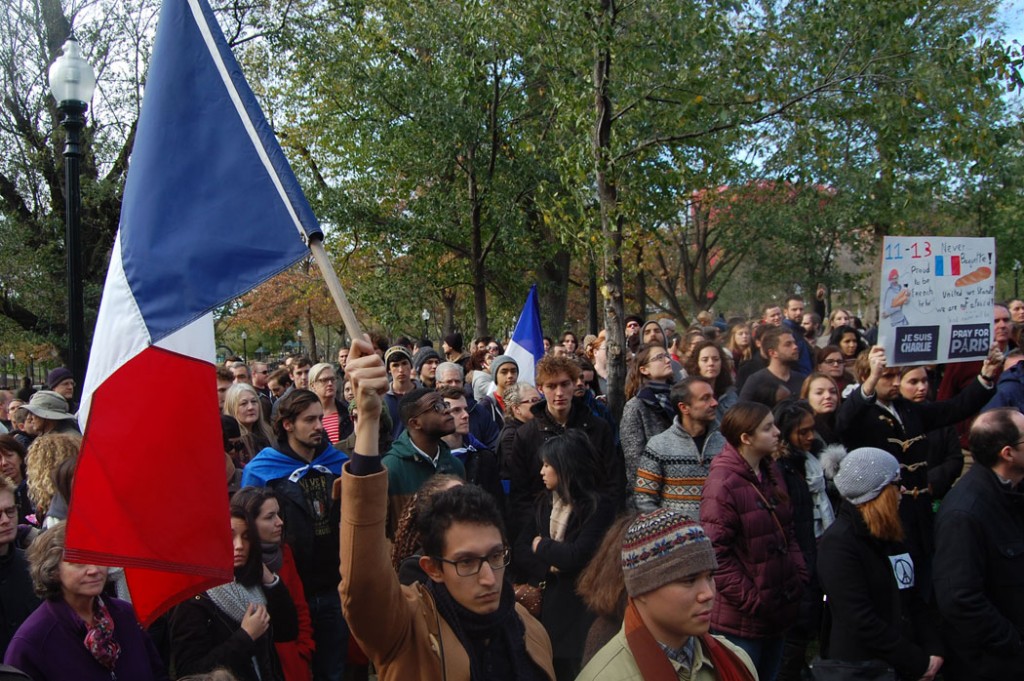 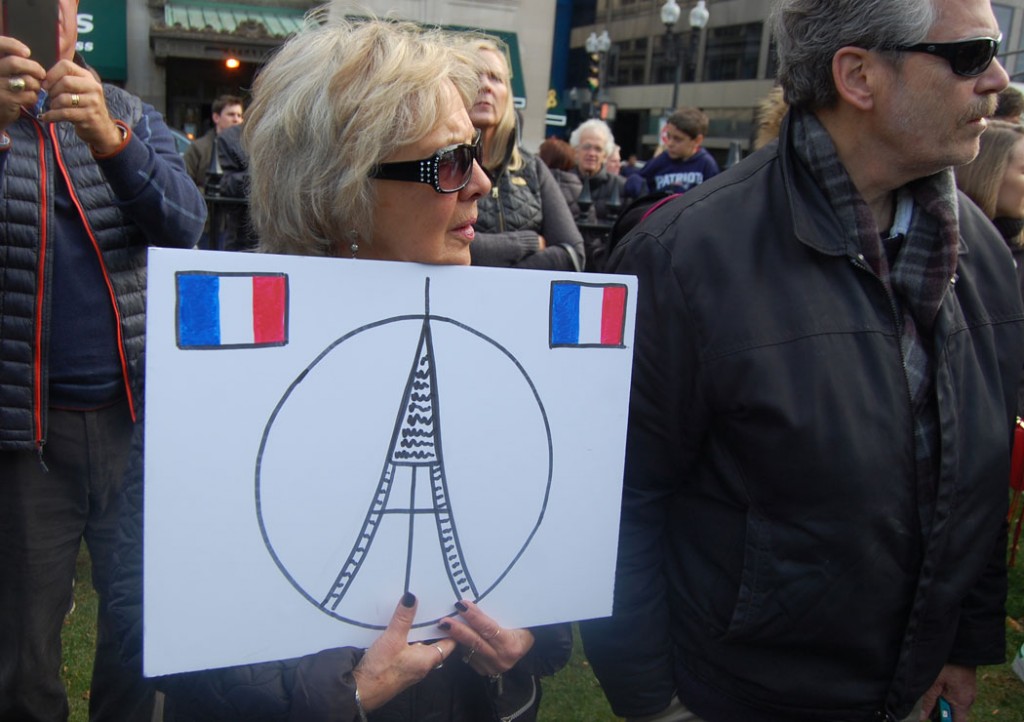 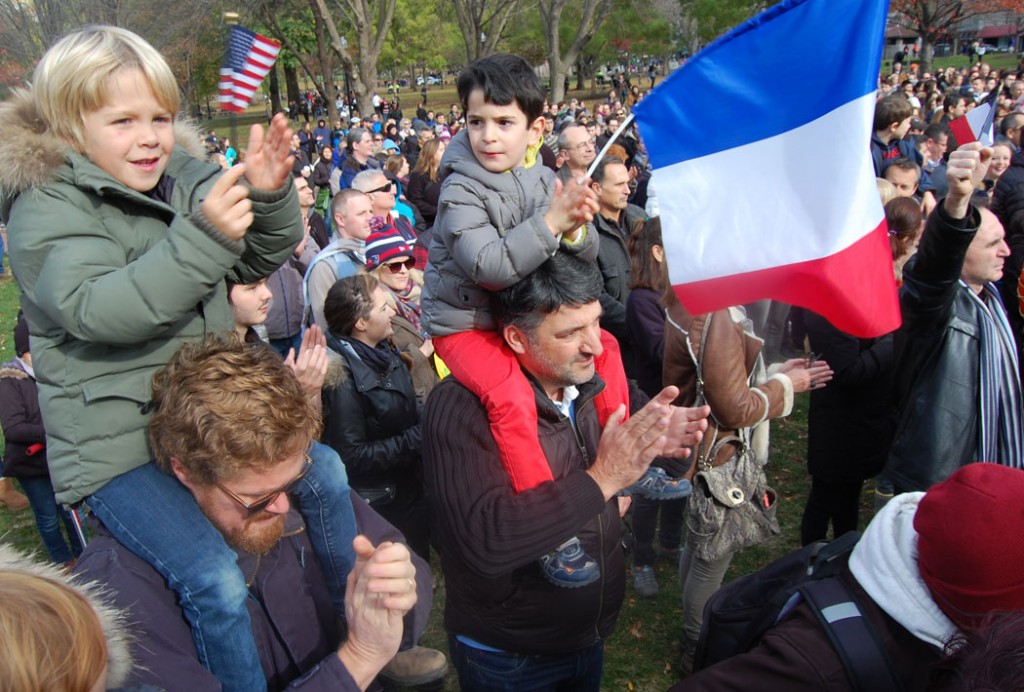