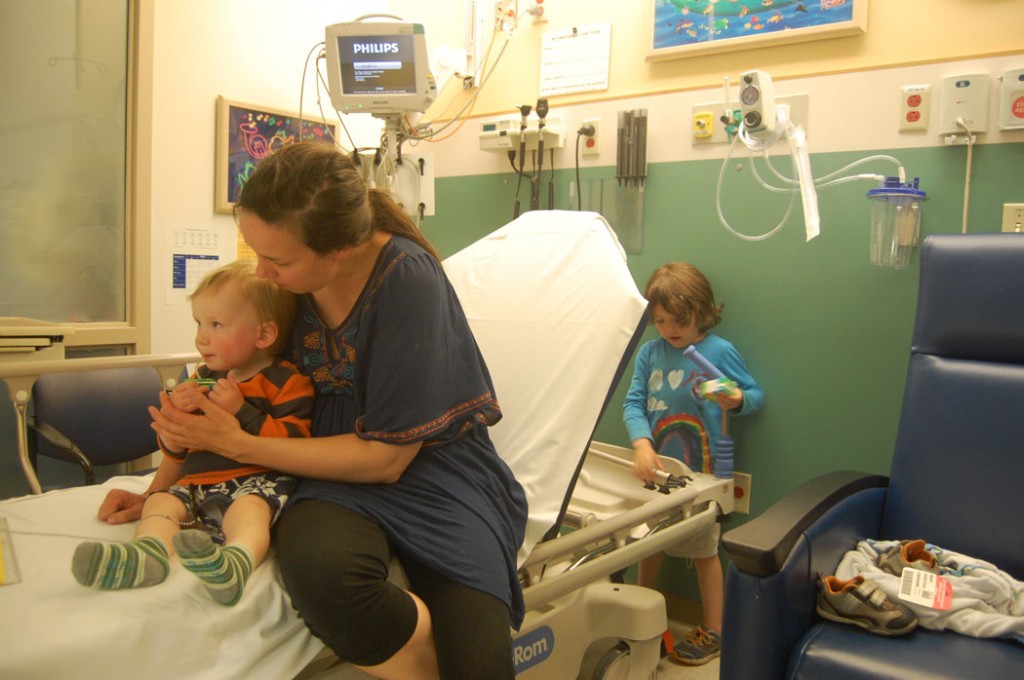 Let me begin by saying everything is okay. Totally okay. But he was rivering drool down his windbreaker when I drove up to pick them up at the park a bit after 6. And K said he’d vomited a little and spit up a bit of blood before I arrived.

They’d been playing on Half Moon Beach and he seemed to have swallowed something, who knows what. He’s one of those 1-and-a-half-year-olds who likes to put everything in his mouth—toy cars, dirt, bottle caps, rubber gravel from the playground. Could he have swallowed a piece of glass? 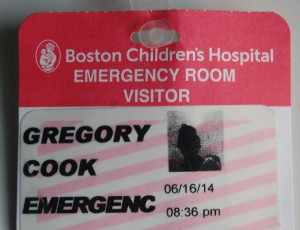 Our local neighborhood pediatrician is open late, so we drove directly there. The doctor said he seemed to be breathing fine, but he should have an X-ray and so on. Did we want an ambulance to take him to the hospital?

I dropped them off at the Children’s Hospital Emergency Room a little after 8 and parked our blue car. While we waited for the doctors to see him, I took older brother J to get some food—I’d not eaten dinner—and look around. We found George Rhoads’s ball machine kinetic sculpture at the end of the under-construction lobby and watched the balls clatter around for a while as I sat on the floor and ate a healthy salad. Somebody I happen know who works there came out of a staff door and we said hellos.

Then J and I headed back to the ER. They’d called in some ear-nose-throat specialist and he was standing in the frosted-door cubicle room with a long pair of tweezers and talking strategies for keeping the baby still. So K held him in her lap and I held his head as he cried and cried and the doctor stuck these 12-foot-long tweezers down his throat. And came up with a single, green blade of grass. 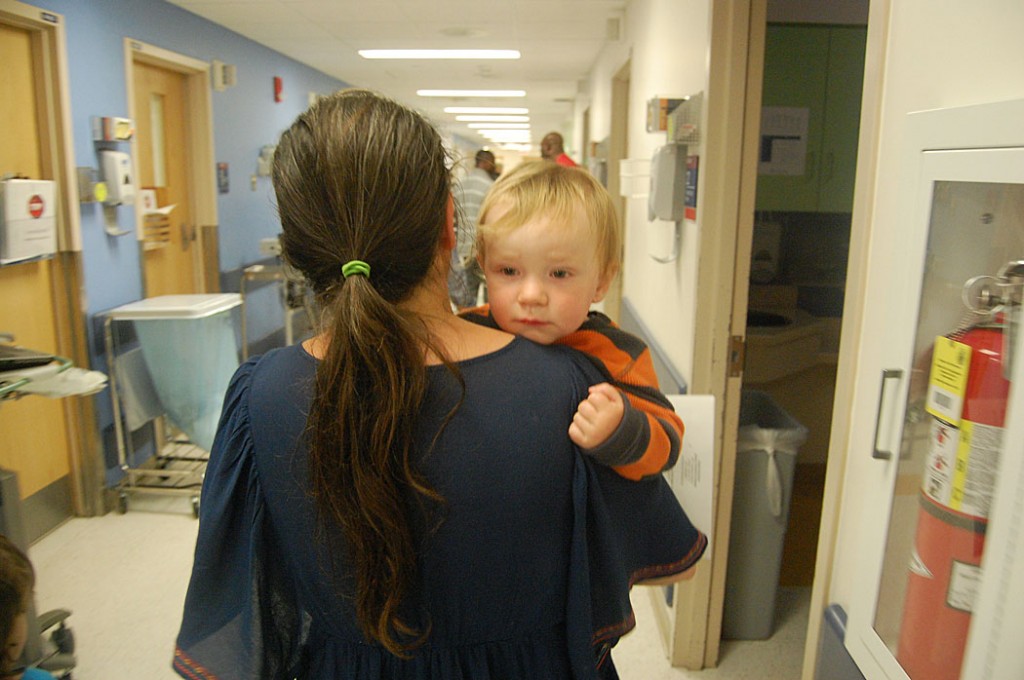