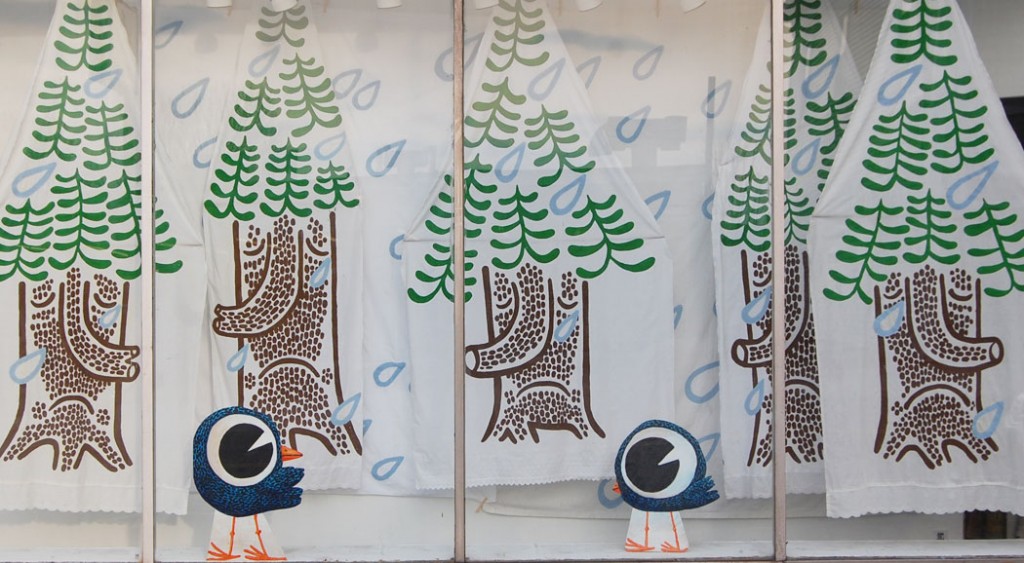 Celebrate our Great Depression at artist Greg Cook’s “The Saddest Parade on Earth,” which marches along the sidewalks of Beverly’s Cabot Street beginning at 11 a.m. Sad-urday, March 29.

The parade will feature sad banners and signs, as well as a sad accordionist. And perhaps even a sad stilter. For real. The parade begins at 248 Cabot St, Beverly, Massachusetts.

The parade concludes at Cook’s exhibition “The Saddest Forest on Earth” (pictured above) on view in the storefront windows of Montserrat College of Art’s Frame 301 Gallery, 301 Cabot St., Beverly, Massachusetts, for free, 24-hours-a-day, from March 28 to Friday, April 18. The exhibition is a large diorama depicting an enchanted forest of crying, cartoony trees. (Model pictured above.)

If you would like to volunteer to walk in the parade, contact Greg Cook at gcook30@hotmail.com. Participants are asked to wear dapper attire and help carry a sad banner or sign. Sadness is a helpful qualification, but not required.

Cook will also give a free talk about his work, “Remaking Our Sad World: What Can You Accomplish with Art, Community Activism and World-Building?,” at 11:30 a.m. Monday, April 14, in room 201 of Montserrat’s Hardie Building, 23 Essex St, Beverly.

Greg Cook is an artist, journalist and teacher based in Malden, Massachusetts. “The Saddest Forest on Earth” is an offshoot of his “Enchanted Forest” series, which imagines a land of magical trees and birds and witches and hungry wolves. It’s inspired by the history of New England, as well as Disney films and McDonald’s restaurant playgrounds.

Parts of the “Enchanted Forest” have been exhibited at Aviary Gallery in Boston; 17 Cox in Beverly; Zeitgeist Gallery in Lowell; Window Arts Malden; the Malden Parade of Holiday Traditions, and the bathrooms of Boston’s Museum of Fine Arts.

Cook’s comics—from documentaries of the Iraq war to jokes for kids—have appeared in Nickelodeon magazine, Publishers Weekly, The Believer and elsewhere. His funny graphic novel “Catch As Catch Can” was published by Highwater Books in 2001 and earned the Ignatz Award for Promising New Talent at Small Press (Comics) Expo in Maryland the following year. His work received honorable mentions in “The Best American Comics” editions of 2006 and 2007.

Cook’s drawings, paintings and prints have also been exhibited across the United States as well as in Canada, France and Italy. He was one of the many co-authors (along with Anne Elizabeth Moore, Steve Lambert and The Yes Men) of the fake 2008 “New York Times” political satire headlined “Iraq War Ends.”

Cook hosts the monthly “Quiet, Please” art and culture talks at the Malden Public Library. And he teaches at Montserrat College of Art.

Cook is best known locally as an arts reporter and critic for WBUR.org’s The ARTery, which he co-founded, and The Providence Phoenix. He was the founder of The New England Journal of Aesthetic Research (2006 to 2013), for which he won a 2009 Creative Capital | Warhol Foundation arts writers grant. He has launched a new blog called Wonderland, which recently won a Malden Cultural Council grant.

He is known for efforts under his title “Yokelism” to foster New England’s art community, including founding and running the annual New England Art Awards from 2009 to 2012. He organized a guerilla exhibition of nearly two dozen artists in the bathrooms of Boston’s Museum of Fine Arts in 2011 for fun and to highlight the museum’s disinterest in art being made in the region. He ran a quixotic campaign to try to rid the region of bad public art. And he successfully sparked a community effort that got the Museum of Fine Arts to restore its Maud Morgan Prize for local women artists. Thomas Garvey of The Hub Review has called him “a new kind of activist-critic.”

Read a 2013 interview with Greg Cook by the Massachusetts Cultural Council here. Follow him on Twitter@Aestheticresear. Friend him on Facebook. 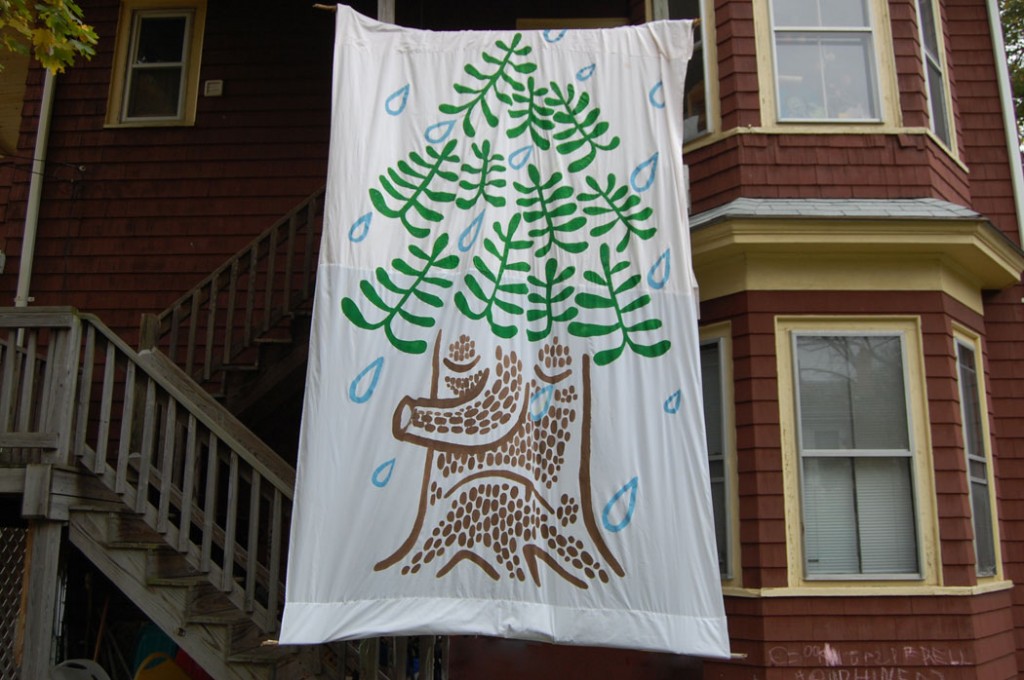