If this is the kind of coverage of arts, cultures and activisms you appreciate, please support Wonderland by contributing to Wonderland on Patreon. And sign up for our free, occasional newsletter so that you don’t miss any of our reporting. (All content ©Greg Cook 2022 or the respective creators.) 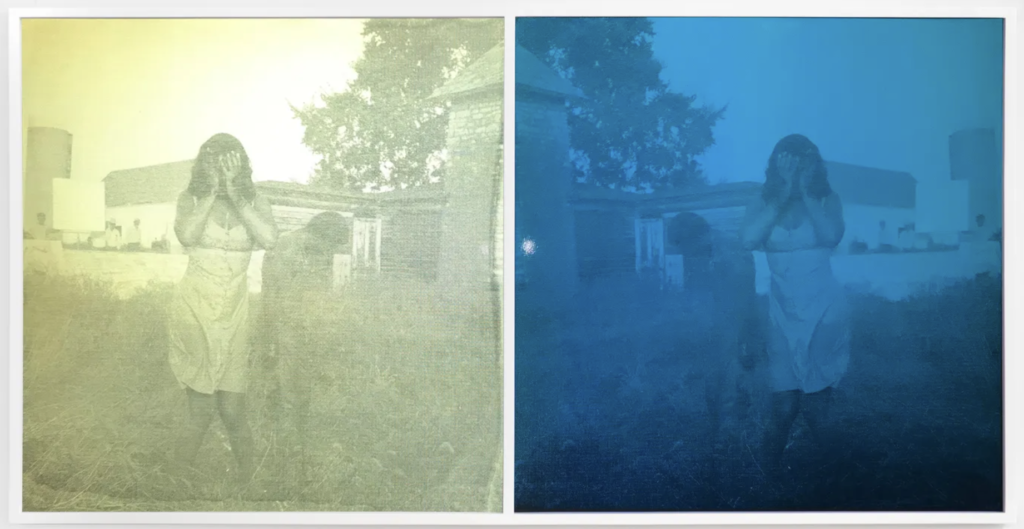 Let Love Quiet Fear
Praise Shadows Art Gallery, Brookline
Jan. 12 to Feb. 12, 2023
To coincide with the debut of “The Embrace,” the Martin Luther King Jr. monument on Boston Common, artists from Boston, New York, and Washington, D.C., present art inspired by King and “his concept of agape — the highest form of love that can only be known when we allow ourselves to let go of fear and anger, and recognize our innate interconnectedness.” Artists include Paul Briggs, Erin Genia, Eric Gottesman, Ekua Holmes, DA Mekonnen, Helina Metaferia, Jo Nanajian, Kiyomi Quinn Taylor, Hank Willis Thomas, and Yu-Wen Wu.

Unveiling of ‘The Embrace’
Jan. 13, 2023, 1 p.m.
Boston Common
New York artist Hank Willis Thomas’s landmark public artwork “The Embrace” debuts on Boston Common. “The memorial commemorates the legacies of Dr. Martin Luther King, Jr., and Coretta Scott King, who met and went to school in Boston, and the civil rights leaders who worked alongside them in Boston,” according to Embrace Boston, which commissioned the artwork.

The Art of Mary Blood Mellen
Cape Ann Museum, Gloucester
Jan. 13 to May 21, 2023
A look at Massachusetts painter Mary Blood Mellen (1819-1886), who copied the crystalline seascapes of her mentor, Gloucester’s Fitz Henry Lane. See how her renderings feature “a more vivid color palette than Lane’s and a tendency towards softer, less meticulous brushwork, a preference that often makes her work feel more painterly.”

What Might You Do? Christian Robinson
Eric Carle Museum, of Picture Book Art Amherst
Jan.14 to June 4, 2023
The 2015 picture book “Last Stop on Market Street,” written by Matt de la Peña and illustrated by California artist Christian Robinson, won a Caldecott Honor, a Coretta Scott King Illustrator Honor, and the Newbery Medal. Robinson’s expressionist collage technique and diverse subjects have made him one of the standout illustrators of this generation. This exhibition surveys his artwork for 17 books.

Making Past Present: Cy Twombly
January 14–May 7, 2023
Museum of Fine Arts, Boston
“Modern Art isn’t dislocated, but something with roots, tradition, and continuity. For myself,” Cy Twombly (1928–2011) wrote, “the past is the source (for all art is vitally contemporary).” Known for how he turned graffiti and scribbles into effervescent abstractions, this exhibition explores the inspirations he took from ancient Greece, Rome and Egypt.

Comics Is A Medium, Not A Genre
Jan. 19 – March 24, 2023
Boston University’s Stone Gallery, Boston
Joel Christian Gill, creator of Black history comics “Strange Fruit” and the autobiographical graphic novel “Fights,” curates an exhibition that endeavors to demonstrate the potential of comics: “Comics are an expressive medium that artists use to tell stories, and those stories can be anything.”

Allison Maria Rodriguez: Legends Breathe
Montserrat College of Art Gallery, Beverly
Jan. 23 to March 4, 2023
An immersive video installation by the first-generation Cuban-American artist who resides in the Boston area. “Based on interviews with female-identified and non-binary artists about childhood fantasies, ‘Legends Breathe’ comprises a series of video portraits that bring these fantasies to life and as part of processes of healing and survival,” according to organizers.

May Stevens: My Mothers
MassArt Art Museum, Boston
Jan. 26 to May 21, 2023
Boston native May Stevens (1924-2019) made politics the engine of her painting. A founding member of both the Guerrilla Girls and the collective feminist journal “Heresies,” exhibition organizers write, “through figurative paintings, photocopied and collaged works, colorful political pop canvases, and somber efficient sketches, she criticized American patriarchy, championed the Civil Rights movement, and imbued Marxist ideals into everyday life.”

2023 CMCA Biennial
Center for Maine Contemporary Art, Rockland, Maine
Jan. 28 to May 7, 2023
This edition of the “longest-running statewide juried exhibition in Maine” highlights the latest developments from 35 Maine-based and connected artists.

American Perspectives
Portland Museum of Art, Maine
Feb. 3 to May 7, 2023
More than 70 quilts, embroideries, assemblages, potteries, paintings and sculptures from the collection of the American Folk Art Museum in New York showcase folk and self-taught art in the United States from the 18th century to today.

Women and Abstraction: 1741–Now
Addison Gallery of American Art, Andover
Jan 29 to July 31, 2023
Drawn almost entirely from the museum’s permanent collection, this exhibition proposes a “more nuanced and expansive history of the development of abstraction in America” by including artworks “created hundreds of years before the advent of Abstract Expressionism as well as objects historically denied the status of fine art.”

Spirits: Tsherin Sherpa with Robert Beer
Peabody Essex Museum, Salem
Feb. 4 to May 29, 2023
Contemporary Himalayan artist Tsherin Sherpa’s paintings and sculptures “are grounded in the traditional Buddhist art of his training but stretch, bend, reconfigure, and repurpose its forms to explore contemporary concerns.” Plus line drawings by British artist Robert Beer, “lauded as the first Westerner to study thangka painting.”

Daniel Giordano: Love from Vicki Island
Massachusetts Museum of Contemporary Art (MASS MoCA), North Adams
Opens Feb. 4, 2023
Working in his family’s defunct factory in Newburgh, New York, Daniel Giodano sculpts assemblages from “industrial artifacts, foodstuffs from prosciutto to Italian nougat, and organic matter including ticks and bald eagle excrement” to create “complex portraits of the artist and his [Italian-American] family, as well as a city—and a nation—struggling to reconcile the past with the present.”

Betye Saar: Heart of a Wanderer
Isabella Stewart Gardener Museum, Boston
Feb. 16 to May 21, 2023
Betye Saar, a leading figure of the 1970s Black Arts Movement, is known for her magical assemblages—including her iconic 1972 “Liberation of Aunt Jemima.” This exibition collects the Los Angeles artist’s sketchbooks and finished artworks inspired by trips to Africa, Asia, Europe, and the Americas, reflecting on race, colonialism, forced migration, and spiritual systems.

Nancy Elizabeth Prophet: I will not bend an inch
Rhode Island School of Design Museum, Providence
Feb. 17 to Aug. 4, 2024
Nancy Elizabeth Prophet (1890-1960), the first women of color to graduate from RISD, turned her academic training to a “distinctly Modernist sensibility” as she was living as an expatriate in Paris between the world wars. The exhibition features sculptures in marble and wood, painted wood friezes, watercolors, and photographic presentations of archival documents and lost or destroyed sculptures.

From the Andes to the Caribbean: American Art from the Spanish Empire
Harvard Art Museums, Cambridge
March 3 to July 30, 2023
Twenty-six paintings from the Carl & Marilynn Thoma Foundation and the Harvard Art Museums illuminate “the political and spiritual work of Catholic icons, the ways in which empire begets hybrid cultural identities, and the relationship between labor, wealth, and luxury.”

Nelson Stevens: Color Rapping
Springfield Museums: D’Amour Museum of Fine Arts, Springfield
March 4 to July 9, 2023
“I create from the rhythmic color-rappin-life-style of Black folk. I believe that art can breathe life, and life is what we are about,” wrote Nelson Stevens (American, 1938-2022). An early member of AfriCOBRA (the African Commune of Bad Relevant Artists), the Black Power psychedelic activist art collective from Chicago, he landed in Springfield, Massachusetts, as he taught at he University of Massachusetts Amherst from 1972 to 2003. And in the early 1970s, he initiated a public art project that produced more than 30 murals throughout Springfield.

Hear Me Now: The Black Potters of Old Edgefield, South Carolina
Museum of Fine Arts, Boston
March 4 to July 9, 2023
Art and enslavement are themes in this landmark exhibition surveying monumental storage jars by the enslaved and literate potter and poet Dave or David Drake (about 1800–about 1870) plus rare examples of utilitarian wares and face vessels by unrecorded makers who worked in the Old Edgefield District of South Carolina, a center of stoneware production in the decades before the U.S. Civil War. The historical show is augmented by contemporary responses by Theaster Gates, Simone Leigh, Adebunmi Gbadebo, Woody De Othello, and Robert Pruitt.

Portals: The Visionary Architecture of Paul Goesch
Clark Art Institute, Williamstown
March 18 to June 11, 2023
Visionary paintings by Paul Goesch (1885–1940), an artist and architect in Weimar Germany. He was a “spiritualist steeped in diverse religious and esoteric belief systems, as well as his altered psychological states,” and struggled with schizophrenia, for which he was institutionalized, and ultimately murdered by the Nazis.

Nora Krug: Belonging and On Tyranny
Norman Rockwell Museum, Stockbridge
March 18 through June 19, 2023
“Images have political power, and they can change the way we think. Illustrating is also an act of witnessing: images compel us to notice and investigate, and at their best, they shed light on and at the same time critically confront the subjects they engage with,” writes the German-American author and illustrator Nora Krug. This exhibition features illustrations from her graphic memoir, “Belonging: A German Reckons With History and Home,” and her illustrated version of Yale historian Timothy Snyder’s “On Tyranny: Twenty Lessons from the Twentieth Century.”

Hokusai: Inspiration and Influence
Museum of Fine Arts, Boston
March 26 to July 16, 2023
“Until the age of 70, nothing that I drew was worthy of notice,” Katsushika Hokusai (1760–1849) wrote. It was at that wise age that the Japanese artist created his “Thirty-Six Views of Mount Fuji” woodcut series, including “Under the Wave off Kanagawa (Kanagawa-oki nami-ura)” also known as “The Great Wave,” which has become one of the most famous artworks in the world. This exhibition demonstrate Hokusai’s influence by bringing together more than 90 woodblock prints, paintings, and illustrated books by Hokusai with more than 200 works by his teachers, students, rivals, and admirers, including his daughter Katsushika Ōi, his contemporaries Utagawa Hiroshige and Utagawa Kuniyoshi, the 19th-century French Japonistes, and modern and contemporary artists including Loïs Mailou Jones, John Cederquist, and Yoshitomo Nara.

Solidarity! Transnational Feminisms Then and Now
Poorvu Gallery, Schlesinger Library, Harvard University’s Radcliffe Institute, Cambridge
March 27 to Oct.16, 2023
Feminist posters, newspapers, photographs and memorabilia from the 1970s to the present reveal “the complex, vexed history of international women’s rights, sisterhood, and alliance” through the lens of the United Nations International Women’s conferences held in Mexico City in 1975, Copenhagen in 1980, Nairobi in 1985, and Beijing in 1995. “These conferences shaped a new global agenda for women’s causes on the international stage. Women from around the world debated the possibilities of an international feminist alliance and reimagined civil rights for women through conference themes of equality, peace, and development,” exhibition organizers write.

If this is the kind of coverage of arts, cultures and activisms you appreciate, please support Wonderland by contributing to Wonderland on Patreon. And sign up for our free, occasional newsletter so that you don’t miss any of our reporting. (All content ©Greg Cook 2022 or the respective creators.)