Brazilian carnival is the subject of the mural “Doña Patria” that Alexandre Keto completed in Somerville in October.

The Sao Paulo-raised, Maryland-based artist says the painting at 102 Broadway, on the side of Gauchao Brazilian Cuisine, depicts a samba circle: “Samba is our traditional music and a ‘roda de samba’ is what we do with a good barbecue. I drew a couple, Mestre Sala e Porta Bandeira, who are traditional in the carnival with some musicians playing the music. I want to show the festivity and celebration of our culture.”

His aim is to celebrate African heritage. The Somerville Arts Council, which commissioned the mural, writes that his paintings “are heavily influenced by Samba, his spiritual Orisha worship, and by American graffiti. Samba, a Brazilian musical genre and dance, gained its roots from Africa via the West African slave trade and through religious practices of African people. Being raised as a child to take pride in the culture of Samba, Alexandre Keto connected to old school Samba the most, where the lyrics emphasized the fight of the Black movement and of Africans in a poetic manner. To pay homage to his Orisha worship, Keto honors the Orishas by painting his versions of the gods and goddesses and by preserving ancestral Yoruba traditions by finely binding them into his art pieces.”

If this is the kind of coverage of arts, cultures and activisms you appreciate, please support Wonderland by contributing to Wonderland on Patreon. And sign up for our free, (hopefully) weekly newsletter so that you don’t miss any of our reporting. (All content ©Greg Cook 2020 or the respective creators.) 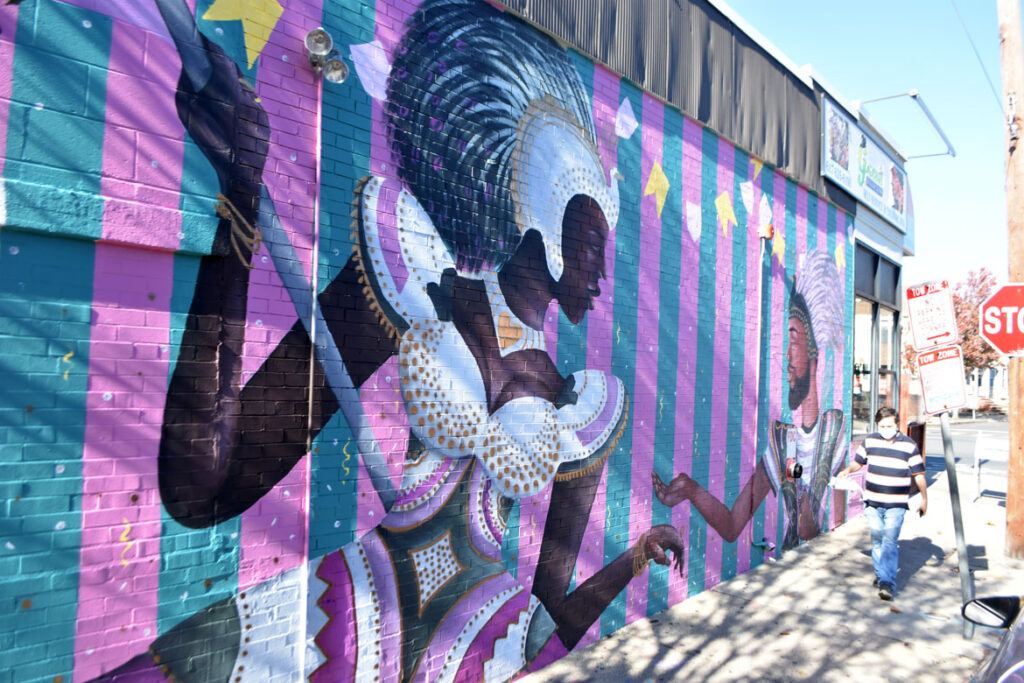