At the end of the 19th century, Paris was at the vanguard of Western art, but it was still rife with misogyny. This exhibit highlights women who worked or studied there at the time, including Mary Cassatt, Berthe Morisot and Rosa Bonheur. 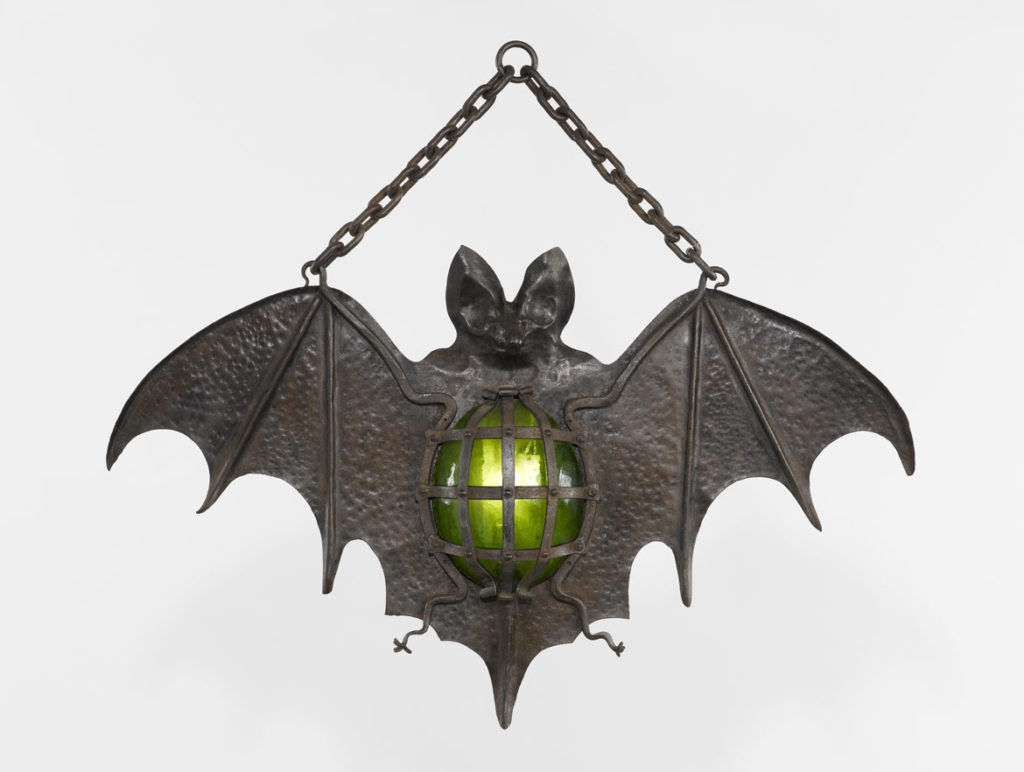 “The Art of Iron” at Clark Art Institute, Williamstown, June 9 to Sept. 16

As Paris began “modernizing” in the mid 19th century, beautiful ironwork locks, keys, balcony grilles, and signs were literally discarded on the trash pile of history. Photographer and painter Jean-Louis Henri Le Secq Destournelles (1818–1882) and his son Henri Le Secq des Tournelles (1854–1925) collected these architectural artworks and in 1920 donated them to the city of Rouen, in Normandy, France, creating a museum of historical wrought iron. The exhibit features 36 works from the collection.

For a century, the museum’s Farnese Sarcophagus—carved with cavorting satyrs and maenads—has been wedged between columns in the Palace courtyard. This exhibition allows visitors to view two-millennia-old artwork from all sides—as well as presenting new research by conservators about its history.

The Boston painter mashes up landscape paintings from art history, Google images, collected photographs, virtual reality, and her own photographs made with the use of a drone to create billowing fantasies that prompt contemplation of the nature of realist art.

“Beyond Words” at Currier Museum of Art, Manchester, New Hampshire, June 16 to Sept. 9

More than 100 prints, albums, and illustrated books by Clarence H. White (1871–1925), one of the pioneers of pictorialist photography, an early 20th century style that aimed aimed to increase photography’s stature by tackling fine art subjects. In White’s case that meant dreamy scenes of women wandering the great outdoors or gazing out windows.

“Icons of the Hellenic World” at Museum of Russian Icons, Clinton, Massachusetts, June 22 to Oct. 21

A survey of Greek and Byzantine Christian icon painting drawn from the collection of the Athens-born Emmanuel Tiliakos. Artworks range from a two-millennial-old portrait from Egypt to paintings by Cretan artists active in the Ionian Islands after the Ottoman Turns overran Crete in 1667.

“Winslow Homer and the Camera: Photography and the Art of Painting” at Bowdoin College Museum of Art, Brunswick, Maine, June 23 to Oct. 28

The exhibition looks at how photography influenced the painting of the Maine master Winslow Homer (1836-1910).

Consider the sensations and engineering of space flight in this exhibit. See artifacts like Neil Armstrong’s gloves and helmet from the historic 1969 Apollo 11 moon landing and explore what it’s like to operate a robotic arm, manage a limited power supply, or do things while wearing a bulky space glove.

A look at how Ruth St. Denis and Ted Shawn pioneered modern American dance in the early 20th century by founding Denishawn, a dance school and performing company in 1915, moving away from ballet and taking inspiration from theosophy, the occult, Orientalism, Buddhism and Hinduism—with all the cultural imperialism that implied. After separating from St. Denis in 1930, Shawn purchased a rundown farm in the Berkshires known as Jacob’s Pillow, where he highlighted masculinity and queerness in his company of Men Dancers and developed the now internationally-renowned dance festival.

More than 40 years of curious, intimate, haunting Southern gothic photography by the Virginia artist whose subjects have ranged from her own young children to young women to decaying bodies to Civil War battlefields to how muscular dystrophy transformed her husband’s body.

An angel roams a field of lilies in an 1899 stained glass window that Louis C. Tiffany designed for Boston’s Mount Vernon Congregational Church. It’s one of the highlights of this exhibit exploring stained glass from American Gilded Age—including John La Farge’s experimental Peacock Window (1892–1908) and an 1898 La Farge window (joining the exhibition in September) from the same Boston church depicting an angel stirring the healing waters of a pool.

The Brunswick artist has devoted his career to hand-sculpting forged and welded nails into columns and cones, rings and dandelion balls. In this new exhibit, his first solo show in nearly a decade, Bisbee fashions the large nails into a bathtub and oars, into arrows and chains, to create a “poetic language, narrative imagery, and potent emblems to express his concern with our country’s direction.”

The Korean-born, American-based artist (1932–2006) was part of a group of post World War II artists who explored avant-garde music and new technologies. His artworks were by turns witty and philosophical, such as a television he modified in 1965 to visualize sound waves on its screen.

The ICA debuts its new raw, industrial East Boston hall with two works by Los Angeles artist Diana Thater, including underwater film and video footage of swimming dolphins that will spill across the floor, ceiling and walls.

“Yayoi Kusama: Where the Lights in My Heart Go” at deCordova Sculpture Park and Museum, Lincoln, Massachusetts, July 5 to Oct. 28

For the first time one of the Japanese artist’s dazzling “Infinity Mirror Rooms” will be exhibited in the Boston area. Installed outdoors, small holes in the walls and ceiling of this 10-by-10-foot polished stainless steel box allow natural light in to bounce around the mirrored interior to “create the dizzying effect of an expansive, never-ending space.”

A survey of the art of Harrison Cady (1877–1970), from his illustrations of Beatrix Potter’s Peter Rabbit beginning in 1910 to the landscape paintings he made while summering in Rockport beginning around the 1920s.

“Casanova’s Europe: Art, Pleasure, and Power in the 18th Century” at Museum of Fine Arts, Boston, July 8 to Oct. 8

More than 250 paintings ranging from François Boucher to Tiepolo, sculptures, decorative arts, furniture, costumes, and musical instruments are brought together for “a lavish display of the visual riches of Casanova’s world.” Giacomo Casanova (1725–1798) has come to be synonymous with womanizer or scoundrel, but in his roles as entrepreneur, darling of royals, spy, and translator of the “Iliad,” he was seen by contemporaries as a magnetic personality and an international man of letters as he palled around with royalty, popes and intellectuals such as Voltaire and Benjamin Franklin. This exhibit taps into his adventures to reveal “a refined and visually seductive culture on the cusp of modernity.”

“Painter and Poet: The Art of Ashley Bryan” at Portland Museum of Art, Maine, Aug. 3 to Nov. 25

Since his first illustrated volume of poems in 1967, the Maine artist has spent his career creating more than 50 books about African and African American experiences. This exhibition showcases original art from 13 titles and a selection of other art, including sketches made while serving in World War II and large puppets made from objects that he has found washed ashore on Isleford, the Maine island where he has lived for more than 60 years.

Learn how empresses shaped the politics, art and religion of China’s last dynasty—the Qing dynasty—from 1644 to 1912 via nearly 200 objects from the Palace Museum.