“Anyone who feels threatened, you are a beloved member of our community. We will protect you,” Boston Mayor Marty Walsh told the tens of thousands of people who turned out for the “Boston Protest Against Muslim Ban and Anti-Immigration Orders” in Copley Square this afternoon. The Council on American Islamic Relations – Massachusetts organized the rally “in response to the Trump Administration’s announced Muslim ban.”

“America does not impose religious tests, period,” Massachusetts Senator Elizabeth Warren said. “We will not stop fighting until this executive order is tossed in the dustbin of history.” 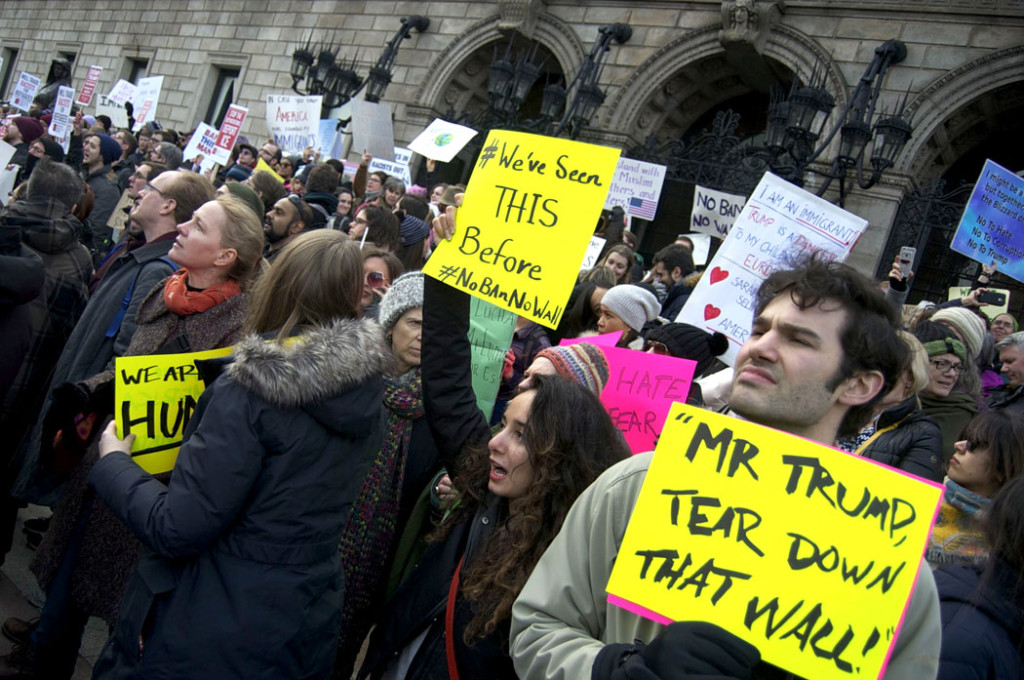