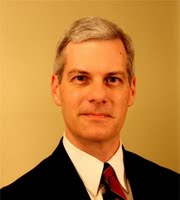 Dan Yaeger has been named director of the New England Museum Association, the Arlington, Massachusetts, nonprofit announced today. He began work there during the first week of April, filling the shoes of Kate Viens, who is moving on to a part-time job at the Massachusetts Historical Society doing writing, research and editing projects.

Yaeger has been director of the Charles River Museum of Industry & Innovation in Waltham, Massachusetts, which has shut down temporarily after suffering flooding during the recent storms. Some have been concerned that the water damage would close the museum for good. “We’re going to be stronger than ever," Yaeger told the Globe on March 18. “We’re planning on reopening more in a manner of a few months rather than way off in the distance."

Previously Yaeger was a marketing and communications consultant to the Museum of Fine Arts in Boston, Peabody Essex Museum in Salem, Cleveland Museum of Art, Portland Museum of Art, Currier Museum of Art in Manchester, Old Sturbridge Village, John F. Kennedy Library in Boston, and Plimoth Plantation in Plymouth. He was formerly executive director of the Massachusetts Tourism Coalition, a statewide group providing advocacy for the travel and tourism industry, and served as director of administration for the Massachusetts Office of Travel & Tourism.