Patriot’s Day commemorates battles that are considered the start of the American Revolution – and the freedoms that war secured for our nation. So it’s fitting to reenact these skirmishes and to have parades of Revolutionary War re-enactors. But the rest of Concord’s parade featured detachments of Civil War and World War I re-enactors. There were also boy and girl scouts in their adorable paramilitary uniforms. The only non-military elements were a school marching band and a couple horses and buggies.

And this military bent isn’t limited to Patriot’s Day in Concord. Plymouth’s Thanksgiving Parade and the St. Patrick’s Day Parade in South Boston, for example, are also dominated by military, police and paramilitary groups. 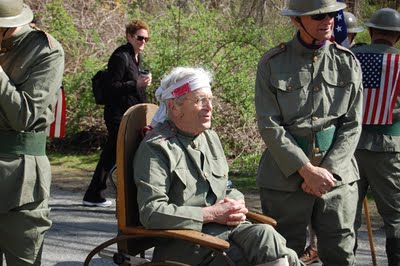 We’re not saying get rid of the soldiers. Wars have been one way our nation has secured and defended our freedoms. But how might we commemorate the Revolutionary War as well as represent and celebrate the rights won in the fighting, and enumerated in our Constitution’s Bill of Rights – the right to representative government, to freedom of speech and religion, freedom of the press, protections against unreasonable search and seizure, the right to trial by jury, and so on? (The military stuff seems to have the right to bear arms covered.)

Moreover, our local patriotic parades offer practically no representations of our nation’s struggles to secure the civil rights of ethnic and racial minorities, of women, of gays, of our struggles to secure the rights of workers and keep our air and water and land free of poisons. These are rights generally won through marches and picketing and sit-ins, through legislation and legal challenges. They are as dear to us, and as defining of what makes America great, as those fought for on battlefields.

When our public patriotic pageantry favors military spectacle over our rights, we signal that we take greater pride in our military than our freedoms. 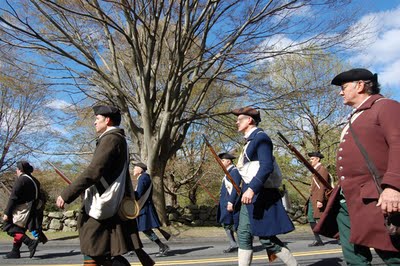