The Boston Art Dealers Association – and friends – mailed the letter below to Brandeis University yesterday to protest the Waltham school’s plans to close its Rose Art Museum and pawn off its collection:


To the Officers and Members of the Board of Trustees:

As members of the Boston art community we feel compelled to speak out about Brandeis University’s decision to close the Rose Art Museum and sell parts of its collection. Among the things that make the greater Boston area a significant location for art and culture are the institutions of higher learning and their respective venues for public exhibitions. The Rose Art Museum, from its inception in 1961, has been an important part of this scene.

From Sam Hunter to Carl Belz to Joseph Ketner and now Michael Rush, each director has put his own signature on the museum and consequently has been an active participant in the local arts community. Museums like the Rose that mount ground‐breaking exhibitions and have collections of the highest caliber are invaluable teaching resources. That art is undervalued in our society is not new, but to have it so blatantly undervalued by an institution of higher learning is a new low.

As we have watched this sad saga unfold, it has become increasingly clear that one of the biggest problems is the lack of credibility from the office of Brandeis University President Jehuda Reinharz. At the beginning, the closing of the Rose Art Museum was presented as a “no choice situation” with the University’s very existence hanging in the balance and immediate action demanded. Since then, there has been some backtracking by the Brandeis administration and an apology from the President for “screwing up”. Many people, who did not read this letter of apology closely, assumed that the administration was reversing its decision to close the museum. Nothing could be further from the truth; the letter was in effect apologizing for the way the announcement was so abruptly made and not for its decision to close the museum.

Removing the collection from public view and selling works of art breaks a covenant with the Rose’s donors. These gifts were made to benefit Brandeis and its community in perpetuity. There must be a less ethically questionable way for Brandeis to deal with its current economic crisis. Chopping off a significant part of what makes Brandeis a vibrant, unique and respected institution is not the solution. 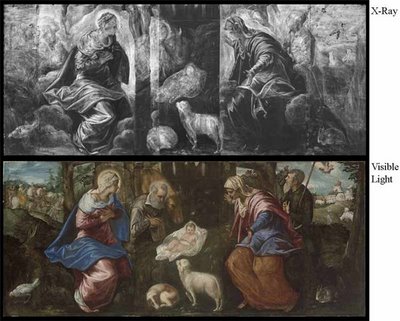 In preparation for its current blockbuster exhibition “Titian, Tintoretto, Veronese: Rivals in Renaissance Venice,” Boston’s Museum of Fine Arts X-rayed its Jacopo Tintoretto painting “Nativity” and found out that it had a hidden past. Discover it yourself in this slideshow I put together here. 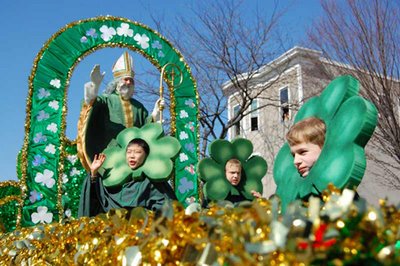 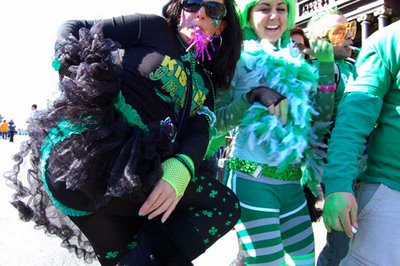 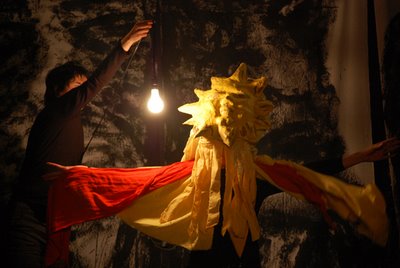 Here are some photos of Bread and Puppet’s Lubberland National Dance Company’s “27 Dirt-Cheap Money Dances” as performed at Spontaneous Celebrations in Jamaica Plain on Sunday night. 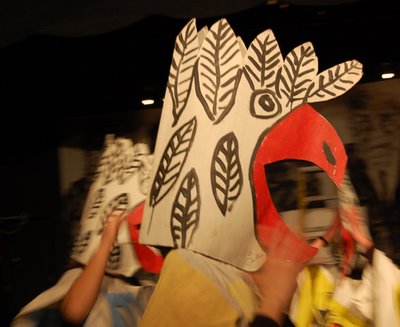 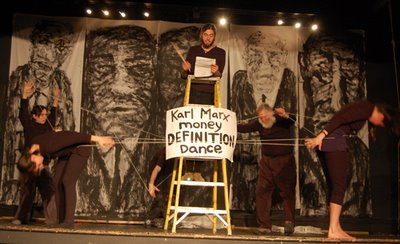 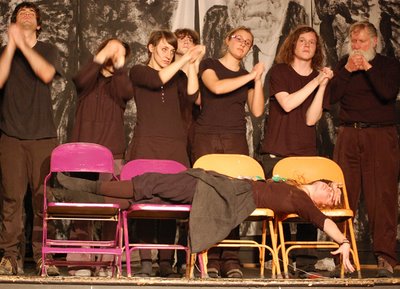 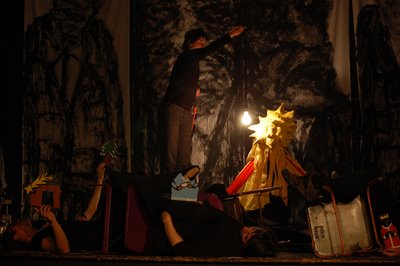 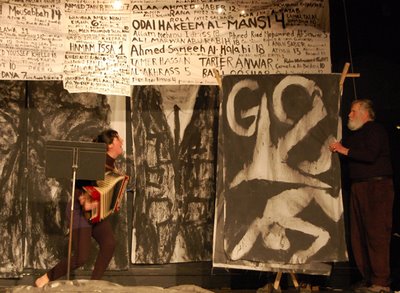 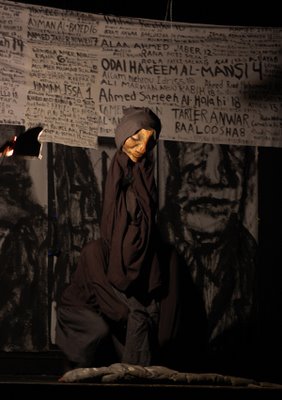 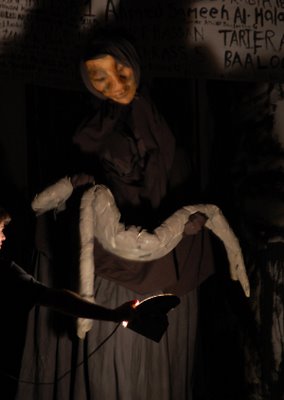 Can Brandeis leaders be trusted?

Can Brandeis leaders be trusted?

1. When Brandeis leaders first announced plans to close the Rose Art Museum on Jan. 26, they sent out an e-mail to members of the press stating that the Massachusetts Attorney General’s office “has been informed and has not balked at this at all, given the situation the [university] finds itself in.” But it turned out that the AG’s office had just been notified that afternoon and had not offered an opinion on the plan.

2. The initial announcement implied that faculty backed the administration’s plan. That implication turned out to be something of an exaggeration.

3. On Feb. 5, President Jehuda Reinharz issued a statement seeming to backpedal by saying “the museum will remain open,” when in fact details of the plan seemed not to have changed one wit.

With such a pattern of, uh, semantic error how much can we believe what Brandeis leaders say? And if they can’t be trusted, is that grounds for removal?

What is the Rose family saying?

The Rose family issued a statement this evening objecting to Brandeis’s leaders plans to shutter the Rose Art Museum and pawn its collection. (They were scheduled to speak publicly at the museum tonight – but I couldn’t make the event.) Three things stand out in their statement (entire text here):

1. It calls out the Brandeis administration for – to paraphrase – being full of shit. It notes how administrators like (the unnamed) President Jehuda Reinharz are playing semantic games when Reinharz seemed to backpedal on Feb. 5 by saying “the museum will remain open,” but the details of the plan seemed not to have changed one wit. The Roses state: “Any other understanding of the university’s current plan is disinformation.”

2. It makes clear that if things go forward as Brandeis leaders plan, museum staff will be laid off and exhibits will cease this summer – a de facto closing of the museum, whatever Brandeis leaders (and their crisis management public relations firm) decide to call it.

3. It proposes a way forward by calling for Brandeis to renew the contracts of museum staff, install a new show after the Hans Hofmann exhibit comes down in May, promise not to sell any Rose art, and to “honor the donors’ intentions” by maintaining the Rose as a public art museum.

Item 3 is a good roadmap for beginning to regain the trust of donors whose support is vital for continued operations of the museum – but I’d add one more step. Brandeis leaders have shown themselves to be both incompetent and untrustworthy (see item 1) in their handling of this situation. The school requires new leaders in its administration and board before their error can fully heal.

Below is the entire statement issued by the Rose family this evening objecting to Brandeis’s plans to shutter the school’s Rose Art Museum and pawn off the collection:

STATEMENT OF THE ROSE FAMILY

We speak on behalf of over 50 living members of the Rose Family. The current Brandeis University administration intends to close the Edward and Bertha C. Rose Art Museum, and to sell the art works in its renowned collection.

We urge the current university president and the trustees to restore the use, budget, staffing, and activities of the Rose Art Museum until a final decision is issued by a court.

The university is effectively closing the museum before the Attorney General or any court has ruled that closing is allowed. This is being accomplished not only by a premature announcement of closure, but also by withholding the Rose’s own money – and cutting its staff, resources, and activities. “Re-purposing” the museum is closing by another name. It would not be the Rose. Any other understanding of the university’s current plan is disinformation. The administration wants to control money given to the Rose for museum purposes, to sell precious works of art, and to close the museum.

We, the Rose Family, protest the plundering of the Rose Art Museum and its collection. Ed and Bertha Rose not only funded the planning and construction of the museum, but also set up three funds, separate from the Brandeis endowment, to perpetuate the Museum: the Rose Maintenance Fund, the Rose Museum Endowment Fund, and the Rose Endowed Purchase Fund. The existence and mission of the Rose benefit art, culture and education — locally and worldwide. The Rose offers students and the public a prized modern and contemporary art collection.

We seek:
1. Immediate renewal of contracts with the Museum Director and all his staff. Those salaries are paid from dedicated funds donated to or raised by the Museum – not from the general budget of Brandeis.

2. Authorization for the Director to prepare and install the next exhibit, to open when the Hans Hofmann exhibit comes down in May. Otherwise, the walls will be bare and there will be no exhibitions. Brandeis will have effectively closed the Rose Art Museum.

3. A promise that Brandeis will not sell any art belonging to the Rose.

4. A commitment that Brandeis will honor the donors’ intentions that there be a public art museum at Brandeis, and the Rose is that museum.