Also Sen. Collins on why she supported Coburn amendment

The federal stimulus bill, which was just approved by the U.S. House, includes $50 million for the National Endowment of the Arts, Americans for the Arts reports. The nonprofit arts advocacy group, which based in Washington and New York, also states that Sen. Coburn's amendment to the bill, which would have prevented stimulus spending from funding the arts, has been removed. Americans for the Arts says:

“Just moments ago, the U.S. House of Representatives approved their final version of the Economic Recovery bill by a vote of 246-183. We can now confirm that the package DOES include $50 million in direct support for arts jobs through National Endowment for the Arts grants. We are also happy to report that the exclusionary Coburn Amendment language banning certain arts groups from receiving any other economic recovery funds has also been successfully removed. Tonight the Senate is scheduled to have their final vote, and President Obama plans to sign the bill on Monday - President's Day.”

Also, Senator Susan Collins (left) of Maine just responded to my Feb. 6 request for an explanation about her support for Coburn’s amendment to the Senate version of the bill, which would have prohibited funding in the proposed federal stimulus bill from being used for community parks, museums, theaters, zoos, aquariums and art centers. Her response, which I’ve pasted in its entirety below, makes no mention of Coburn, the arts, parks, museums, etc.

Thank you for contacting me with your views regarding the economic stimulus package. I appreciate your taking the time to do so.

Our nation is in the midst of an unprecedented economic crisis. We have witnessed the collapse of the housing market, the unraveling of our nation's financial institutions, and the evaporation of trillions of dollars that have been invested in the stock market and other retirement and investment funds. I have heard from far too many Mainers who have had to delay their retirement plans because they no longer have the nest egg for which they worked so hard.

Every day, we hear more reports of massive job losses in communities all across America, and Maine is no exception. Our state's unemployment rate has risen to seven percent, the highest level in 16 years.

I agree with many economists that it is critical that Congress pass an economic stimulus bill to boost the economy and create jobs. Earlier versions of the House and Senate economic stimulus bills were, however, far too expensive and bloated. These versions also included too many provisions that may well be worthwhile, but are more appropriately funded in a regular appropriations bill. That is why I joined with Senator Ben Nelson (D-NE) and a group of my colleagues on both sides of the aisle, including Senator Olympia Snowe, to craft a compromise bill. As a result of our hard work and weeks of negotiations, a group of Democrats and Republicans working together were able to reach a compromise on a more fiscally responsible economic stimulus plan that will cost $100 billion less than previous versions considered by the House and Senate.

While this bill is by no means perfect, it will go a long way toward creating jobs and addressing the dire economic challenges faced by our nation.

It is estimated that this bill will create or save 3.5 million jobs in Maine and nationwide over the next two years. Much of this bill will fund transportation, energy and other infrastructure projects that will result in job creation. It includes a temporary increase in federal Medicaid dollars, which will bring $470 million for Maine over the next 27 months. And it provides a significant funding increase for the Pell Grant program, special education funding, and a State Stabilization fund to help states deal with their serious budget shortfalls.

The bill also includes crucial tax relief for low and middle-income families, tax incentives for small businesses, and an increase in safety net programs, as well as funding for energy efficiency and alternative energy development programs.

Given the substantial investment the federal government is making in this stimulus, it is critical that the taxpayers' money be spent properly. It is for this reason I have pushed throughout the negotiations for measures to ensure the money is wisely spent, including additional funding for agency Inspectors General, the Government Accountability Office, and the creation of a "Recovery Act Transparency Board." As Ranking Member of the Senate Homeland Security and Governmental Affairs Committee, I, along with the Committee's Chairman will soon hold the first Committee hearing on safeguards to protect against waste, fraud, and mismanagement and to ensure accountability and transparency.

Again, thank you for contacting me. This bill will go a long way toward creating jobs and addressing the dire economic crisis faced by our nation.

A couple readers have written in to say that The New England Journal of Aesthetic Research's review of “R. Crumb’s Underground” at Mass Art was, ahem, misguided:

“I am disappointed that you chose a writer (Greg Cook) who obviously was not familiar with Crumb's comics and cultural commentary to write “The Beast in Me: Robert Crumb at Mass Art,” and who made up for his lack of knowledge with numerous insults directed at the artist. I don't mind bias or opinions in an article, but I think it helps to have a good idea of the subject in the first place.” – Laura Bradford of Jamaica Plain.

“...To compare him [Crumb] to the likes of Rembrandt and Goya, as some are wont to do, is to get carried away.” – Sebastian Smee of Boston. 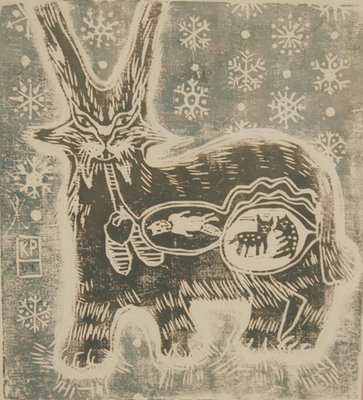 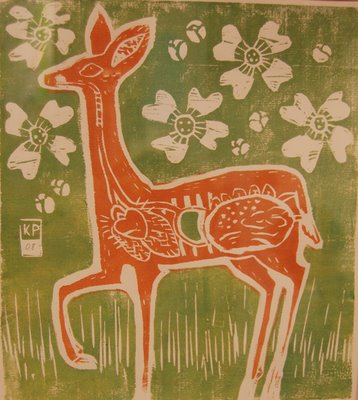 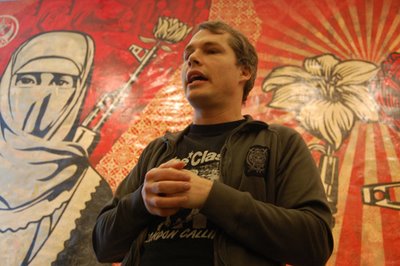 From my review of Shepard Fairey “Supply and Demand” at Boston’s ICA:

Shepard Fairey and his show "Supply and Demand" arrive at the Institute of Contemporary Art like a guerrilla general emerging from the jungle after his forces have taken the capital. There's still some sniping going on (the Associated Press says the Los Angeles street artist's ubiquitous Obama "Hope" poster infringes on copyright because the image is too closely based on an AP photo, and Globe editorial cartoonist Dan Wasserman calls him a "graphic pickpocket"), but it's clear who's won the battle.

Property owners across the area have invited him — a guy arrested 15 times (including this weekend's Boston bust) for sticking stuff where people didn't want it — to poster their walls. Fairey's banner — his trademark Andre the Giant icon — is pasted atop the ICA façade. And, as you've likely heard, Obama won.

The ICA bills "Supply and Demand" as Fairey's first museum survey, and perhaps the first major museum exhibit of a street artist. The show — some 250 works spanning 20 years — is pretty awesome. It doesn't hurt that Obama is in the White House; all Fairey's prints hating on the Bush administration would be a lot pricklier — and make you feel like shit — if things had gone the other way. But time is on Fairey's side. It's probably the hottest show in the nation right now. 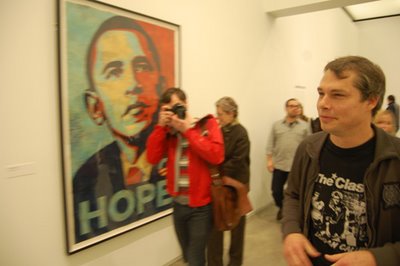 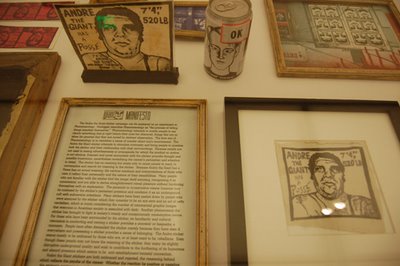 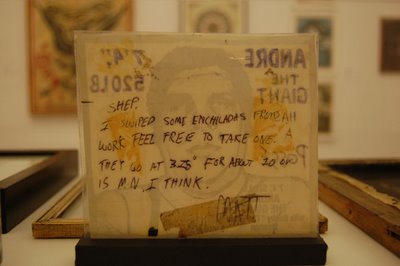 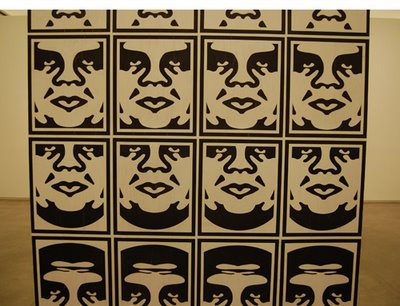 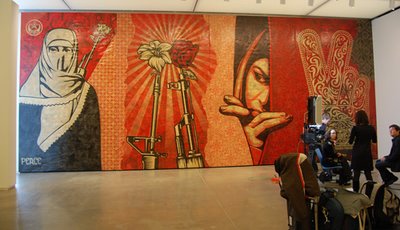 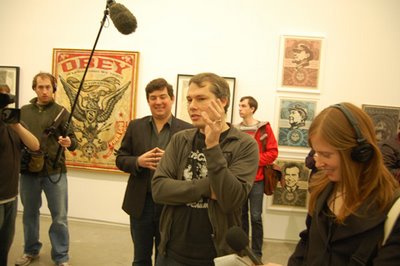 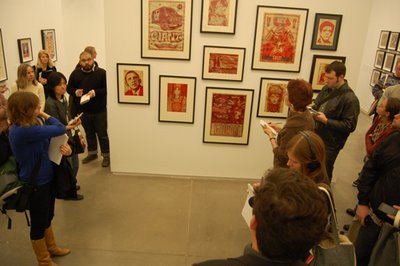 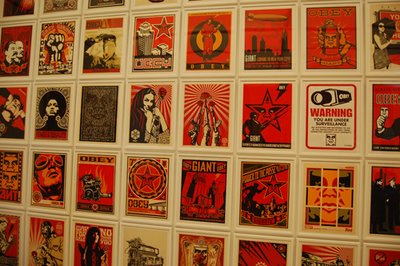 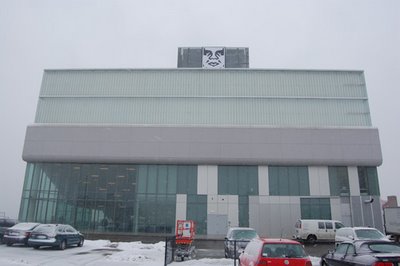 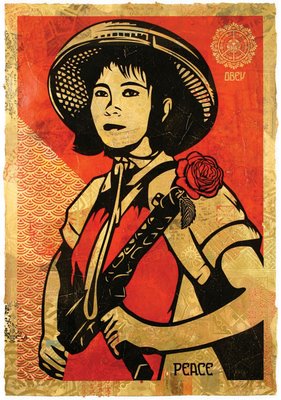 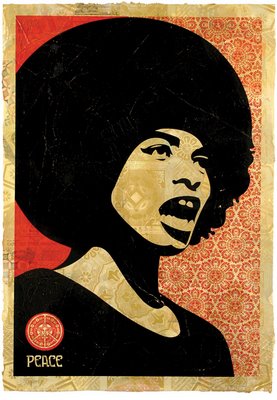 How do you solve Brandeis’s budget crisis?

Reinharz and Brandeis Executive Vice President and Chief Operating Officer Peter French will each take a 10 percent pay cut “in part to pay for the cost of the contract,” the paper reported.

Could additional administrative pay cuts could solve all the school’s problems? 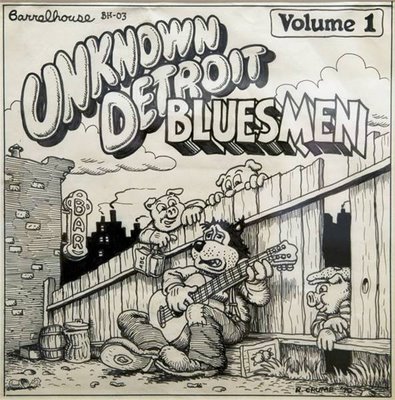 From my review of “R. Crumb’s Underground” at MassArt:

Robert Crumb is one of the greatest artists ever. It's as simple as that.

Even if the art world doesn't know what to make of his crazy comics filled with drug-induced hallucinations, sadistic sex, racial stereotypes, and cute, carelessly violent cartoon critters that are always on the prowl.

For proof, check out "R. Crumb's Underground," which, put together by the Yerba Buena Center for the Arts in San Francisco, opened Feb. 2 at Massachusetts College of Art and Design.

The curator is Todd Hignite, a comics scholar and the founding editor of Comic Art magazine. "From the late '60s through the '80s," he astutely notes in the exhibit wall text, "the art world engineered a wholesale extraction of direct human content, mining generations of abstraction, conceptualism, and theory until blood no longer ran from those stones. In the midst of this end game, Crumb rose as a beacon for the missing human passions: individuality, rebellion, and life." 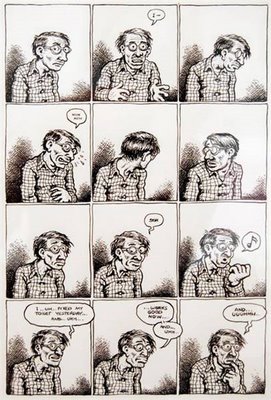 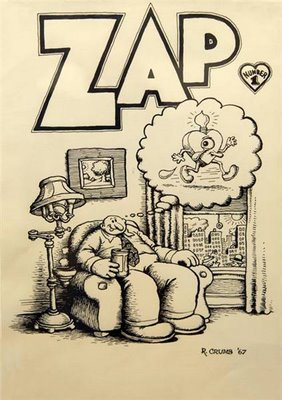 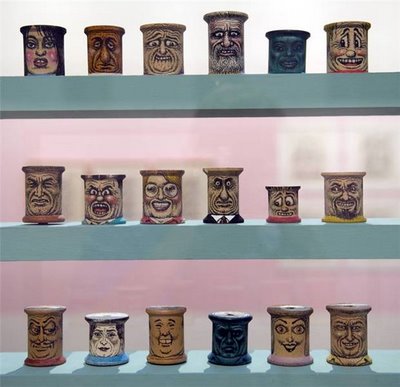 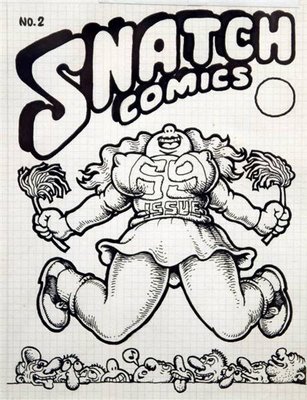 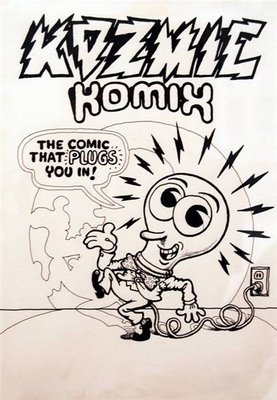 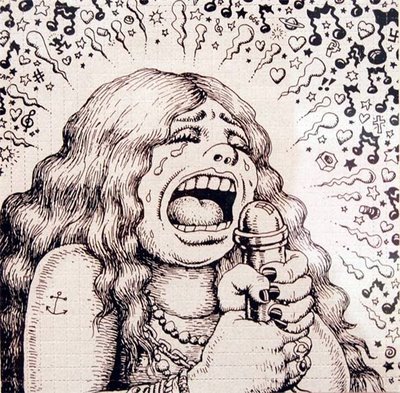 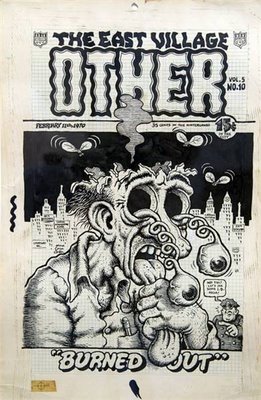 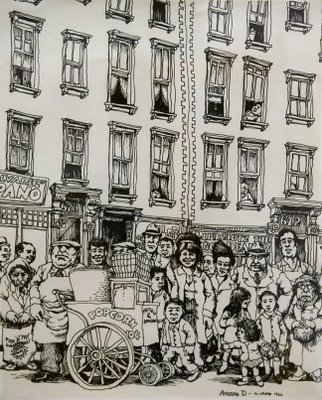 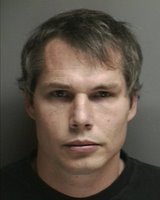 BOSTON, Feb. 9, 2009—A former Bay State man who rose to fame as an artist was released without bail after cross-town arraignments on vandalism charges in two Suffolk County courthouses this morning.

Frank Shepard Fairey, 37, of Los Angeles was arrested Feb. 6 by Boston Police detectives who had obtained a Roxbury District Court warrant charging him with defacing property – specifically, a Massachusetts Turnpike Authority structure near the intersection of Massachusetts Avenue and the Newbury Street Extension. At the time of the arrest, detectives were aware that Fairey had failed to appear in connection with a similar case in Brighton District Court and had been in default since 2000.

Shepard appeared first in Brighton court, where he was formally charged with placing a poster on an electrical box near 177 Brighton Ave. in the early morning hours of Sept. 16, 2000. Boston Police arrested him at the scene, seized several additional posters as evidence, and told him to appear in court the following Monday; he did not appear. In light of $1500 cash bail that Fairey had posted over the weekend, Assistant District Attorney Ellen Bisson did not request monetary bail on that case. Judge David T. Donnelly ordered him to appear in Roxbury District Court today and to return to Brighton court for a pre-trial hearing on March 10.

Shepard was arraigned for the newer charge a short time later in Roxbury. As in the earlier proceedings, Assistant District Attorney Adam Foss did not request monetary bail. Judge Edward Redd ordered him to return to Roxbury court on March 11.

Open discussion at the Rose tomorrow

The folks at Brandeis’s Rose Art Museum have scheduled a public “town meeting” beginning at 6:30 p.m. tomorrow, Feb. 10, at the museum. “The Rose Art Museum, as we have known it, is scheduled to close this summer with plans to sell art from the collection,” they write. The plan is to discuss this decision by the Waltham university’s leaders’. All are invited to attend, but if you can’t make it, they invite you to check out the proceedings live on the inter-web here.

Jake Wark, press secretary for the Suffolk County District Attorney, reports: “Fairey, known legally as Frank Shepard Fairey, apparently went to Brighton Court first this morning to address the default warrant. He is expected to appear in Roxbury on the new charges later today, and may also make his way to South Boston District Court to address a complaint in that jurisdiction. Again, details as they happen.”