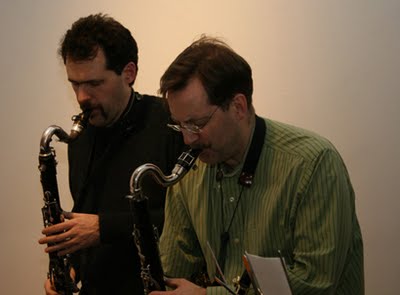 I interviewed Brookline musician Neil Leonard (above right) by phone on Oct. 9, 2009. We spoke about GASP Gallery in Brookline, which he runs with his wife artist Maria Magdalena Campos-Pons. We spoke about the start of the gallery, which is celebrating its fifth year, and its “Sonic Arts” program, which he oversees. Below are some excerpts: