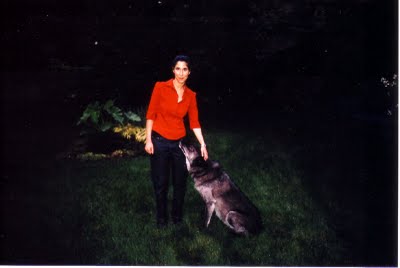 Kathy Bitetti, the scrappy dynamo executive director of the Artists Foundation since 1992, left the job at the end of August. Her efforts with the Boston-based nonprofit spanned major arts advocacy in Massachusetts – including helping shape the state health care program to better serve artists, and other independent business folks – to organizing exhibitions at the foundation’s offices in the Distillery building in South Boston. Her final project, overseeing the foundation’s “Stand Up and Be Counted” artists census and survey, is expected to conclude with the release of a project report later this month.

“I’m trying to do what I want to do,” she says of her new move, “which is make art.” She has an artist residency in Malta in October, an exhibition at Emmanuel College in Boston (where she oversees the gallery) when she returns, and an art residency in England in the spring.

Bitetti’s work on health care reform seemed to launch her onto a bigger playingfield statewide and nationally. She still has a full slate of art activist work lined up, including work with groups she’s helped found like ArtistsAlliance.us, Massachusetts Artists Leaders Coalition, the State House Artists Working Group, and Artists Under the Dome. And any minute now she plans to endorse a candidate in the Boston mayoral race.

How will she continue to fit in art-making? “What is good,” Bitetti says, “is I’m working with groups of people instead of me being the only one.”

Clarification: The photo above is not exactly of "Katy Bitetti," it would be more exact to say it is her sometimes alter ego Princess Sophia with her regal hound Contessa. But it does convey something of Ms. Bitetti's regalness, and mystery.