“To the Ends of the Earth” at Peabody Essex 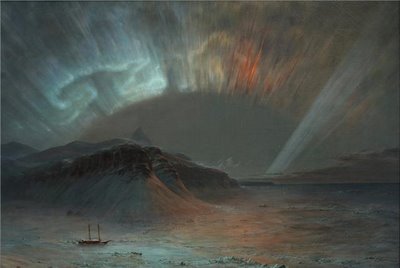 From my review of “To the Ends of the Earth: Painting the Polar Landscape,” curated by Sam Scott at Salem’s Peabody Essex Museum:

In July 1860, Captain Isaac Israel Hayes’s schooner, the United States, left Boston and sailed to the Arctic. He was in search of the legendary open polar sea, a hoped-for water passage to the North Pole or between Europe and the Pacific. But it was the kind of voyage you made too because you desired to test yourself against Earth’s final forbidding untamed frontier.

By October, the ship was frozen in, and the men continued north by dogsled. When conditions finally stymied Hayes’s progress, he scaled an icy hill and scanned the horizon.

“All the evidences showed that I stood upon the shores of the Polar Basin, and that the broad [frozen] ocean lay at my feet … and within a month, the whole sea would be as free from ice as I had seen the northern water of Baffin Bay,” he declared in his 1867 book The Open Polar Sea. He added, “I have shown that the open sea exists.” He turned out to be wrong, but it was a thrilling tale.

Hayes named one of the icy mountains Church Peak after his artist friend Frederick Edwin Church, who had given him some drawing lessons. And he gave Church his sketch of it after he sailed back into Boston Harbor in October 1861.

From Hayes’s tales and chalk drawing, plus Church’s own experience sketching icebergs at Newfoundland and Labrador in 1859 and the Aurora Borealis at Mount Desert Island in Maine in 1860, Church invented an astonishing 7-foot-wide canvas "Aurora Borealis" (1865).

The painting is one of the showstoppers of the excellent exhibit “To the Ends of the Earth: Painting the Polar Landscape” at Salem’s Peabody Essex Museum. 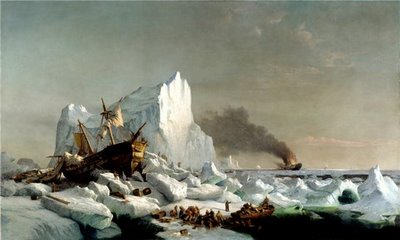 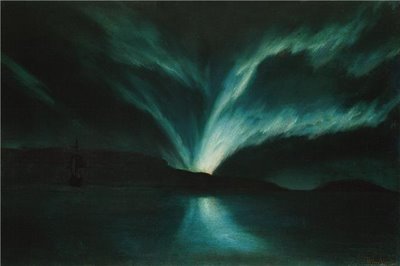 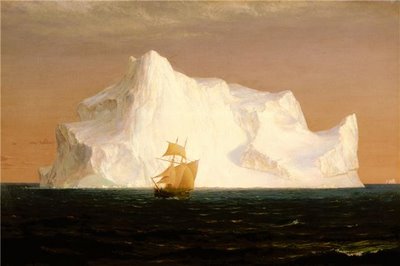 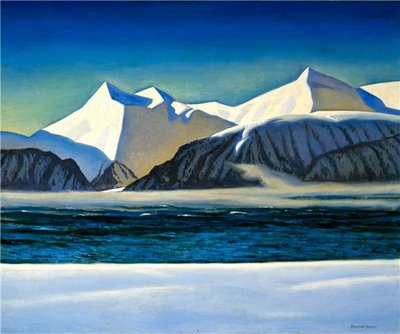 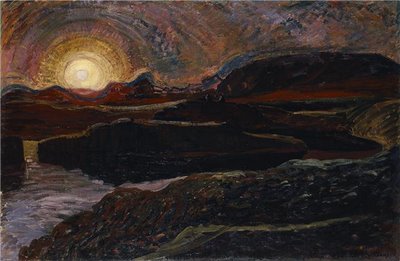