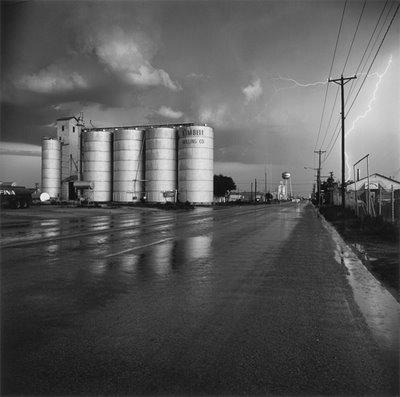 From my review of “Accommodating Nature: The Photographs of Frank Gohlke” at the Addison Gallery:

Gohlke won national recognition when he — along with Bernd and Hilla Becher, Stephen Shore, Nicholas Nixon, and others — was included in the George Eastman House’s 1975 exhibition “New Topographics: Photographs of a Man-Altered Landscape.” Their work was seen as a break from the romantic photos of apparently untouched landscapes by folks like Ansel Adams.

Gohlke’s early photos, from the 1970s, apply a crisp Modernist classicism to observations of scrappy American plains architecture and ruins. Majestic, practical grain elevators stand stoutly along railroad tracks or shimmer at the edge of a wet, black, flat Texas road as lightning crackles in the distance.

His look comes straight out of the flinty photos John Vachon, Jack Delano, and (especially) Walker Evans shot for the Farm Security Administration’s famed Depression-era documentary project. His focus is the vast windswept horizontal vistas of the middle of the country, where the horizon is low, you can see forever, and the sky dominates. People are notably absent; the scenes feel silent except for maybe wind. 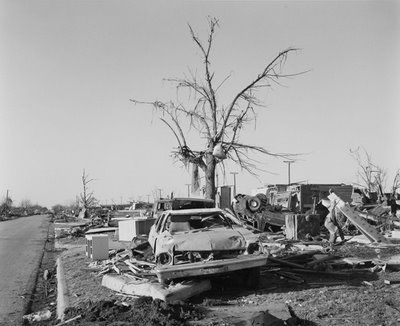 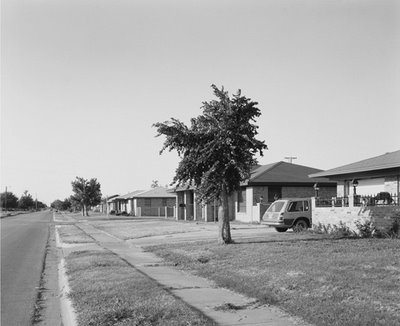 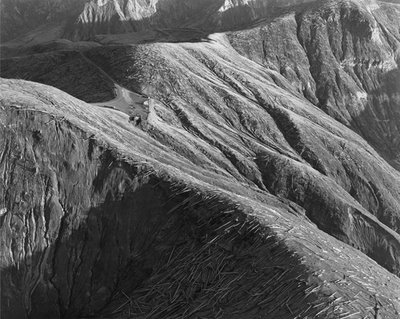 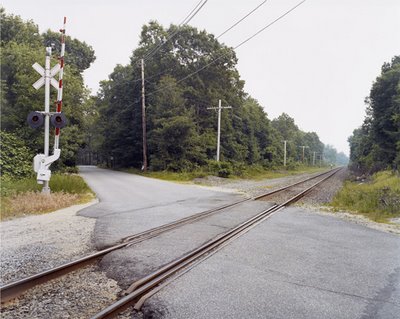