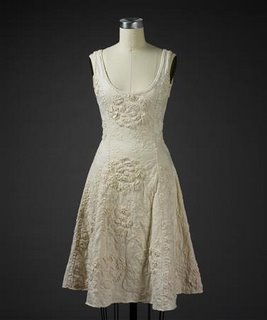 From my review of “Evolution/Revolution” at the RISD Museum:

In the second half of the 19th century, William Morris and other British designers sought a new way of working because of their disgust with the Industrial Revolution. They saw dehumanizing factory work, environmental destruction, and crass mass-produced commercial crap. So they founded communal workshops, revived traditional handcrafts, and made beautiful, often functional, objects as part of what became known as the Arts and Crafts movement.

“Have nothing in your houses,” Morris said, “that you do not know to be useful, or believe to be beautiful.”

In “Evolution/Revolution,” the sharp new exhibit at the RISD Museum, curator Joanne Dolan Ingersoll draws parallels between responses by fashion and textile designers then and now to new technologies, mass production, and consumerism. She pairs a handful of Arts and Crafts blockprinted textiles and floral needlework with contemporary dresses and fabric samples by 22 international high-end designers who mix handcrafts, recycling, eco-friendly methods, new materials, and of-the-moment technology. It’s a smart pairing that illuminates how the old stuff and the new responds to the march of progress. And it doesn’t hurt that many of the designs are ravishing. 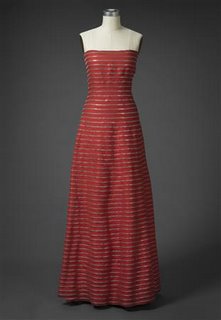 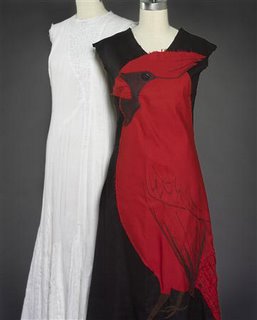