Here’s the beginning of my review of three exhibits of Japanese art at Boston’s Museum of Fine Arts:

Around 1600, after a century of civil wars, Japan settled into an era of relative peace under the samurai warriors of Edo (present-day Tokyo). There and in Osaka and Kyoto, “pleasure quarters” developed. They offered legal brothels, theaters, and teahouses where, the catalogue for the Museum of Fine Arts’ “Drama and Desire” explains, “even the most reliable, serious-minded family man luxuriated shamelessly in all manner of musical entertainment and dance performed by geisha or in witty conversation and other intimacies with a courtesan” — i.e., a prostitute.

The contemporaneous prints that captured this “ukiyo,” or “floating world,” are well known, but the MFA’s “Drama and Desire: Japanese Paintings from the Floating World 1690–1850,” in the Torf Gallery, provides a rare sampling of 83 “ukiyo-e” (“pictures of the floating world”) paintings. All are drawn from the MFA’s collection of more than 700, which it proclaims the “finest” and “largest collection of its type in the world.” They were acquired in Japan in the 1870s and 1880s, when Boston and the MFA were visionary in their art collecting. Ah, the good old days. 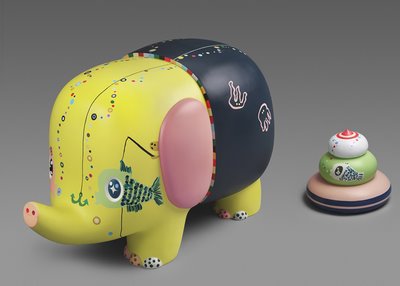