"The Apartment at the Mall" 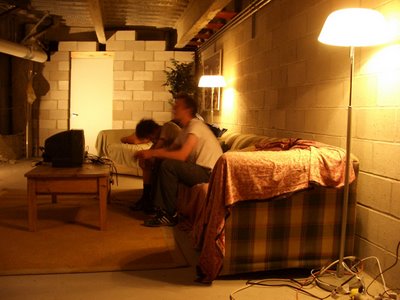 “The Apartment at the Mall,” the project in which Michael Townsend and seven collaborators created a secret apartment (pictured above) in neglected storage space in the parking garage at Providence Place mall over the past four years, became publicly known only after mall security stopped Townsend as he was leaving the makeshift squat on Sept. 26.

It was one of the most audacious and awesome underground art projects Rhode Island has seen — part MacGyver, part Robin Hood, part Bugs Bunny, part juvenile delinquent, and part genius philosophical joke. In a brilliant act of humorous intellectual jujitsu, they turned the weight of Providence Place, a major symbol of consumerism and redevelopment, back on itself to reconsider the place of malls and real-estate development in our communities. At the same time, the secret apartment clubhouse was a thrilling reminder of how Providence remains an inventive and surprising magical artistic place.

At its heart, the project is part of a body of local art examining and critiquing Providence’s development boom. As I reported this week, Townsend told me:

“With the mall in our neighborhood, there started to be in Providence a culture of trying to make sure that every square foot was being utilized to the best of its abilities.”

So in October 2003, Townsend says, he, Adriana Yoto, his wife and collaborator, and two friends decided to get to know their neighbor better — by spending a week without leaving the mall. Each had $20, though one guy quickly lost his bill. They dressed up to fit in. They spent hours examining every object in stores. They say some slept in a column in the garage and some slept in a forgotten room, which Townsend had spotted while the shopping center, which opened in 1999, was being erected.

“Going into the fourth day, we had a meeting at Borders,” Townsend says. “We said, ‘You know what, we could be here forever.’ ”

“And nobody would care,” Yoto adds.

“The word ‘micro-development’ came up,” Townsend says. “We said, ‘You know what? We have a responsibility to come back and micro-develop that space and make a home.’”

“Because,” Yoto says, “it was grossly underutilized space in a very prime real estate location downtown.” 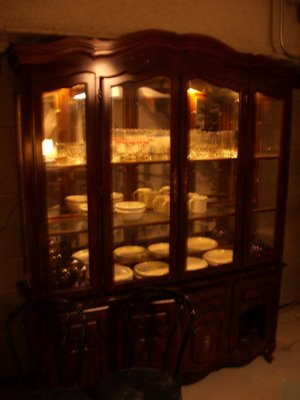