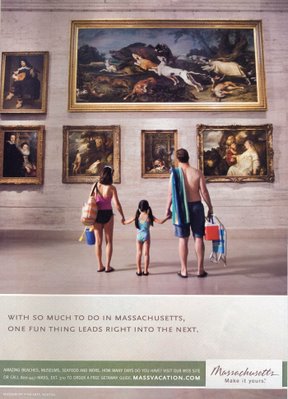 Here’s excerpts from some reviews I wrote over the summer that I didn’t get around to linking to here:

This was no ordinary global-warming doubter. Washburn — who died in Lexington this past January, at age 96 — was the founding director of Boston’s Museum of Science and a renowned mountaineer and photographer whose images had appeared in Life and National Geographic. Beginning in the 1930s, he shot stunning black-and-white photos of mountains and glaciers by hanging out the sides of airplanes with his camera. And he amassed a collection of some 8,000 photographs. But when Arnold asked him in 2005 how global climate change might have affected his old haunts, Washburn figured things would look pretty much the same.

Arnold, a long-time Boston journalist, had begun wondering what changes global warming might have wrought on these icy landscapes. In June of 2005, he traveled from his home in Milton to Alaska. He hired planes and helicopters to fly him and his 4x5 view camera over the same rocky vistas Washburn had scouted decades before — Hugh Miller Glacier, Nunatak Glacier. What Arnold found astonishes. Only mud was left where Washburn had seen the great frozen river of the Hugh Miller Glacier in 1940. The Nunatak Glacier that Washburn shot in 1938? “Here it is dead. It’s just withered away.”

Arnold’s project, which partners Washburn’s before photos with his own after photos, provides powerful evidence of how global warming is changing the planet. “Unless you look at Washburn,” he tells me, “you really don’t have a benchmark for what this ice looked like three-quarters of a century ago.”

Now, Arnold’s juxtaposition of before and after is one of the standout projects of the new and burgeoning territory of global-warming art.

One of the great dreams of any art aficionado — whether your passion is painting or performance or books or music — is the dream of stumbling on a new, unheralded talent and then telling your friends all about it to prove how cool and in-the-know you are. …[At Montserrat,] the artist to rave to your friends about is Somervillian Mary O’Malley, who was nominated by Watertown’s Kristen Zeiser, an assistant director of the Clark Gallery in Lincoln. O’Malley draws elaborate, intricate designs of birds and flowers in cascades of silver and gold ink lines and dashes on black paper.

Bonnie Donohue, “Vieques: A Long Way Home” (one of the photos is pictured above), Center for Latino Arts, Boston, through July 25, 2007.

Bonnie Donohue looks at how little people can effect big changes in her exhibit “Vieques: A Long Way Home” at the Center for Latino Arts. The Jamaica Plain resident, who has taught at the Museum School since 1979, first visited Vieques in 2000, when demonstrations were heating up over the Navy’s use of the Puerto Rican island as a live-fire training range. “My interest,” she tells me, “is how people who have apparently little power can use their power to face an overwhelming power.”

The folks at Phaidon Press proclaim that the 100 emerging international artists surveyed in their new book Ice Cream “will be the stars of tomorrow.” It’s depressing enough to see this round-up of dull, dour uptight art as a snapshot (and, to be fair, a pretty accurate one) of what’s young and hot in the upper echelons of the art world today. But to imagine a future dominated by much of what’s contained here is enough to make one want to defect and burn one’s beret.