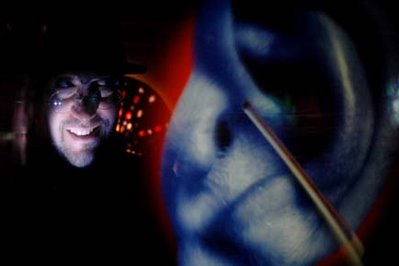 Here’s my essay on the Musée Patamécanique, a tiny art institution filled with marvelous, curious contraptions in Bristol, Rhode Island. It turns out to be an intellectual hall of mirrors. The Musée is a museum for questioning museums, and art, and science, and officialdom, and facts, and the world.

Below are excerpts (out of order) from one of my interviews with the Musée’s curator, Neil Salley:

Patamechanics is both the study and the manifestation of physical objects and effects which are designed to entice pataphysical modes of inquiry. [Pataphysics] is the science of imaginary solutions. It is the underpinnings of our entire society. All words being equal, you can come up with any definition of it you like.

If you do, Mr. Cook, concur with the notion that we are what we pretend. Then what must naturally follow is so is everything else. … The heart of this endeavor is the notion that the order of things is a magnificent human creation. And its existence is legitimized through an unending series of sometimes beautiful, sometimes hideous, but they’re always meaningful, and this is the key word, imaginary solutions. Most of us are ignorant of this submerged imaginary order that joins us all under the surface. If you follow the little red numbers, you do some archaeology, a little digging, you might come up with some more reasons for why and how and the way things work at Musée Patamécanique. There’s stuff there that can be gotten to if the viewer is curious. It’s not just a bunch of fun and silliness, although it is.

It’s a domain inspired by the work of a gentleman by the name of Dr. Faustroll. And it’s fun for the potential visitor if the function and the identity and the dimension of this domain are left playfully undefined. There’s some place for the potential visitor to go. Once the order is established for them and all the reasons are laid out, completely imaginary or not, then it’s not the experience that it was meant to be.

What we’re experiencing right now [a phone conversation] is an illusion. It’s trickery. I’m not really there. But you believe it. Who knows, I could be an artificial intelligence program and you wouldn’t even know it.

[The Musée] is a sensorium. The odor machine that mixes manmade odors into a yet another layer of illusory manmade odor. There are optical devices that make you see things that really aren’t there. There is a machine that actually effects the surface of your skin and makes you feel things, well they’re there, but it affects your sensorium in a playful way. It is a sensorium of illusions. And it’s no different from the sensorium that we exist in now. I drove into Massachusetts this morning and this sign on the road said, “You are now entering Massachusetts.” And in my imagination I saw this big black line. There’s no line, we made the line. We made the distances. We create the distances.

I don’t think confusion is a bad thing.

The symbol of the museum is a whisk. It’s the icon that has been chosen because it’s a blend of audience participation, it’s performance, it’s immersive installation, and it’s brought together in an attempt to render in the imagination of the visitor a world not unlike a child’s creation, a dream world. But it’s manifested as a means to rediscover the real world, which is ultimately revealed as yet another dream world. 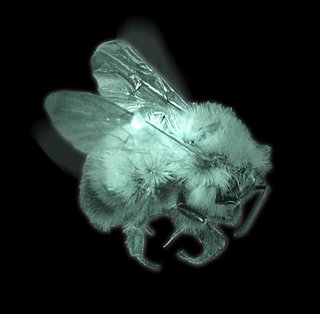 It’s a playful manifestation of it. Businesses do it all the time. Organizations, institutions, schools, they invent themselves. And they take this all very seriously. But it’s all created. And this notion that we’re all part of this never-ending imaginary solution, all this unending creativity that is our world but we take it all very, very seriously. A thing like the Musée Patamécanique couldn’t exist inside another museum. It couldn’t exist in a gallery. It couldn’t even exist in a wonderful place like the Photographic Resource Center. Hans Spinnerman put some work in there and a little book on the Musée and it was successful in some ways but in others it was not. It can’t do what it does within the confines and context of an established institution.

You end up in a hall of mirrors. And that’s where I like to be. Where you come to the conclusion that, gosh, this is all just made-up stuff. It’s all a creative universe that we live in. Everything. It’s created. That line that people create between what’s real and what’s imaginary, there really is no line. The line is created just like that line I drove by today when I went from Rhode Island to Massachusetts.

The wonderment’s gone. We know now, science tell us, art theorists tell us “this is what, this is how, this is the reason,” and it’s all been put into neat little boxes for us. All the reasons are there in these encyclopedias, and my kids’ books even, it’s all organized perfectly, this is how it is to be. But no one ever stops and says this is all just really made-up stuff. I think once you point to that beautiful things happen. I see the world as a much more enticing and creatively driven place.

It’s outwardly engaging in that ready-made analytical language of science or technology or historic or museumological paradigms. That’s what I enjoy being engaged with on the outside. But inwardly, what’s interesting for me and potential visitors is to utilize these same contexts as a muse, as a whisk again. We attempt to stir up ideas and blur those distinctions we make between science or art, or reason or unreason, or truth or deception, the real and the illusory. It’s a playful reassessment that for me solicits a heightened awareness of the human mind’s capacity for tolerating epistemological dissonance. That is not a bad place to be.


Photos from top to bottom: Mr. Salley with the "Earolin" in the foreground and "A Time Machine" behind, photo by Richard Dione, and an image related to Musée contributor Hans Spinnermen's "The Dream of Timmy Bumble Bee," which was exhibited at Boston University's Photographic Resource Center in April.

Ah – what one discovers when one Googles oneself. It appears that all of our outtakes from a recent interview with Mr. Gregory Cook have been posted here at the New England Journal of Aesthetic Research.

One does not wish to imply that what is printed here is inaccurate, all words being equal. However we would like to amend a particular comment. The paragraph which begins “It’s a playful manifestation” quotes us as saying that work by Hans Spinnermen titled: The Second Dream of Timmy Bumble Bee “was successful in some ways but in others it was not.” I would like to add that Mr. Spinnermen owes great debt to PRC Curator Leslie Brown. Her inclusion of Han’s work in Picture Show put Mr. Spinnermen and le Musée in touch with a great number of talented individuals, some of which have become good friends, including Ms Brown.

The show itself was enormously successful!

One must also correct that other babbling baboon by stating that Hans “put some work in there” (see previous sentence). Ms. Brown chose the work to be included in the show - Hans had very little to do with the transaction at all other than creating the piece.

“Picture Show” was a worthwhile opportunity for Musée Patamécanique and we are grateful for having been a part of it.

One shall not lose oneself in further considerations.